Home Celebrity New Photos from Fast and Furious 9 about the Battle of the... 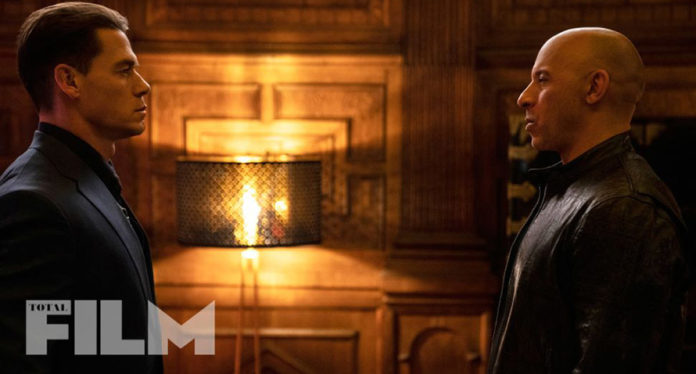 In the ninth film of the Fast and the Furious series, we will see Dominic Torretto and his brother Jakob facing each other. New photos from Fast and Furious 9 will be the subject of the Toretto brothers’ war.

Fast and Furious 9, which is anticipated, will come up with a story full of speed and action with new names such as John Cena. In the first trailer of the movie, we saw that John Cena will appear as Dominic’s long lost brother.

In the first trailer of the movie, released last week, it was revealed that the 9th movie in the action series will be a family matter. New photos have emerged from the movie Fast and Furious 9, now called F9. We are confident that the photos will come across many times with Dominic Toretto’s brother Jakob, played by John Cena.

The first photo shows that Jakob and Dom will face, but they don’t seem to miss each other. As we have seen in the Fast and Furious 9 trailer, they look at each other quite hard again. In the other photo, it is seen that Dom stops his car on a lively street and looks towards a building. Both photographs manage to create tension in a static image.

Vin Diesel, in an interview with Total Film magazine, said, “The theme we played together up to this point was a bloodless family you created with people from all walks of life. What makes the story of Fast and Furious 9 so fascinating is how the concept of sacrifice can ignore the blood-defined family. This is where the story strikes. ” said.

Cena, who plays Dominic’s evil brother Jakob, said, “Jakob is a little lonely. He has to show all his skills in loneliness. He is skilled in performance driving, war, espionage and secret tactics. You see how the Fast family works. Each member has different abilities and that’s why “They have all these skills, which makes it an insurmountable threat,” said Jakob.

In Fast and Furious 9, along with Michelle Rodriguez and Jordan Brewster, Justin Lin will also be back. Diesel, Cena, Lin, Brewster and Rodriguez talked to Total Film magazine in detail about the film, and you can see the cover of the February issue with interviews with the film crew below.

Queen Elizabeth II reacted to a bold joke about her rare...

Jungkook makes a promise to Jimin that he can never break