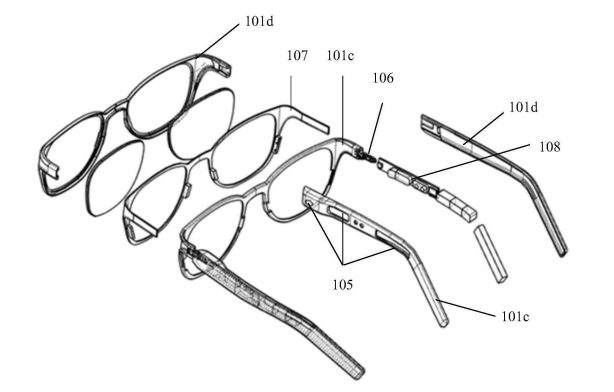 Xiaomi, one of the Chinese technology giants, continues its investments in different fields. The company, which is very popular not only with its smart phones but also with its ecosystem products, has taken another patent and rolled up its sleeves for smart glasses.

According to the leaked news, the R&D team of the brand revealed that it has received a new patent. The patent was first issued by Beijing Xiaomi Mobile Software Co. Ltd. for “smart glasses and eyewear bag”.

Xiaomi will not be the first Chinese company to launch smart glasses with this product. Considering that Huawei has released two versions of the Gentle Monster Smart Glasses earlier, the product is expected to be competitive. Huawei smart glasses stand out with their UV protection, support for call receiving and termination, and also support artificial intelligence.

According to the leaked patent details, it shows that the product is a smart glasses and an eyeglass case that can also integrate detection and treatment ways. Also, details show that the product can detect brain diseases, mental illnesses (eg depression or eye strain).

Device which can treat brain diseases or mental illnesses with light therapy signal; He can treat mental health with the sound wave signal. It can also relieve headache or fatigue in this way. By using magnetic waves, it can effectively support the blood circulation in the brain.

We do not know much about the product yet; however, the product is also expected to come with a variety of features, including audio technology such as a speaker. It is not yet clear when it will be available for sale or not.