Known for launching high-end smartphones, OnePlus once again ventured into the intermediary market with the launch of the new Nord. The device is already available in some markets and should soon reach the United States.

However, everything indicates that Nord will not be the only intermediary of the Chinese brand. That’s because the benchmark platform Geekbench published a test showing that OnePlus has another smartphone “in the oven”.

Using the code name “Clover”, the device features a Snapdragon 660 processor and 4 GB of RAM. In addition, it already uses Android 10 as the operating system. See the test sheet below: 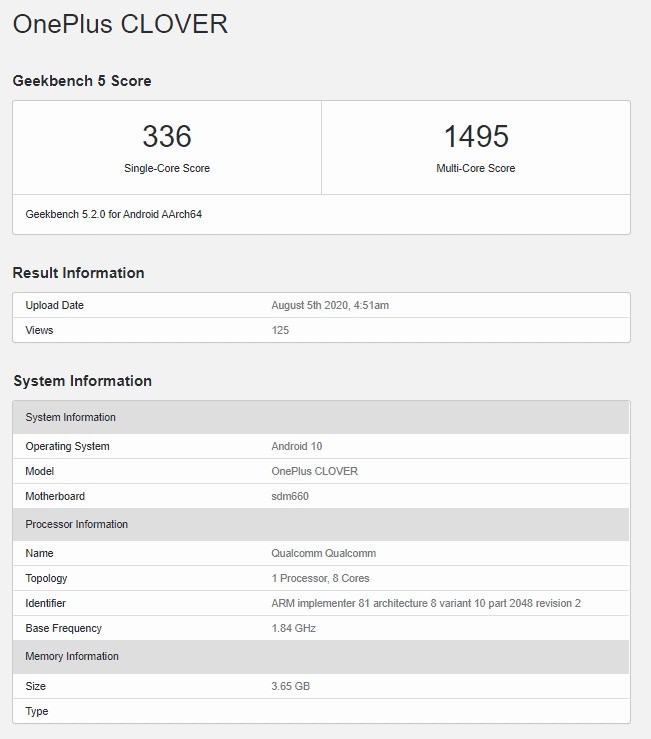 Although the OnePlus Nord is focused on good performance and has support for the 5G network, everything indicates that this new model should be more accessible. The set scored 336 points in the single-core test and 1495 in the multi-core.

Despite equipping a 2020 smartphone, the Snapdragon 660 is already a three-year old “sir” and is built at 14 nm. For this reason, everything suggests that OnePlus wants to capture consumers with low purchasing power in important markets such as India.
For now, OnePlus has not yet commented on the existence of this new device. Even so, the company has plans to launch two more intermediaries with a Snapdragon 690 processor, something that indicates that we will have models for all tastes and pockets within the Nord line.