Home Crypto New Move From This Crypto Exchange That Doesn’t Like Sanctions To Russia! 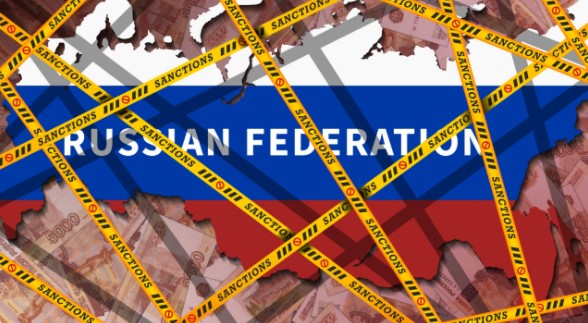 After Russia launched a war against Ukraine, sanctions were imposed on Russia from traditional financial and crypto exchanges. The crypto exchange did not remain unresponsive to the situation, as it did all over the world, and started aid to Ukraine. In addition, other sectors have also used cryptocurrencies to help Ukraine, and the importance of crypto in crisis situations has emerged.

In addition, some crypto exchanges decided to impose sanctions on Russia, but the giants of crypto exchanges such as Coinbase and Binance rejected the sanction, arguing that it was to punish people, not the government. Following these developments, Coinbase decides to block more than 25,000 Russian wallets linked to illegal activities from their platforms.

Coinbase, with its statement on March 7, says that they have now decided to comply with the sanctions, and that they have developed a sanction program for this. The company specifically aims to block people who are Russian and linked to criminal organizations, and reports that there are over 25,000 of these people. The Coinbase official expresses the situation as follows:

“At Coinbase, we have decided to block more than 25,000 wallets that we have identified through our own proactive research and are linked to Russian individuals or organizations that we believe are involved in illegal activities. We also shared these wallet addresses with the government so that the sanction can be fully implemented.”

Coinbase, one of the giants of the crypto industry, states that transactions are public, traceable and trustworthy. Therefore, Coinbase argues that transactions recorded on the blockchain cannot be changed and malicious investors can be easily detected.

Russians and the Russian government, on the other hand, are turning to crypto as there isn’t much choice between sanctions. But the liquidity of the crypto world may not be large enough to handle large transactions of Russian billionaires’ assets. Also, if Russian billionaires want to launder money through illegal transactions, and even if the liquidity of the crypto market allows it, large transactions made on the blockchain will attract attention. In addition, there will be absolutely illegal transactions on the completely transparent blockchain and sanctions will begin. Although it is thought to be anonymous, transactions made on the blockchain are more transparent and traceable than cash.

6 Altcoins to Watch This Week Have Been Announced: Here are...