Home News A New Mode Coming That Carries The World Of Harry Potter To... 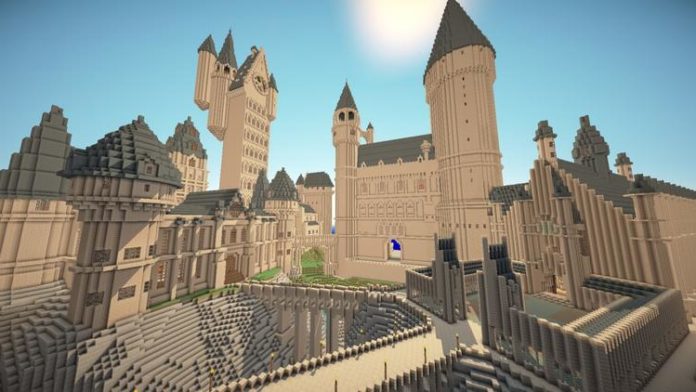 Soon there will be a free Harry Potter mode built in Minecraft. After developing the mode, Floo Network introduced its new modes with a trailer after 4 years of work.

A group known as Floo Network, which made Minecraft modes, was able to completely recreate the Harry Potter universe. With the Harry Potter mode, players will be able to explore areas of the magic world full of puzzles and quests, including Hogwarts, Diagon Alley and much more.

The mod makers’ new project offers more than just an ordinary Minecraft mode. In addition to exploring the gigantic world, players will also be able to fight enemies, trade on Diagon Alley, collect materials to produce items, and even visit parts of London. They will also be able to go to the Quidditch court and play matches with friends.

Many places in Minecraft’s Harry Potter mode will be as interactive as the magical stairs at Hogwarts. In addition, there are several mysterious puzzle rooms where players can use their wands to hit targets or move objects. About 4 years ago, Floo Network released a mode with much less features. However, the group decided to restart the project a few years ago.

Producer Wednesday Frog said the project came from his love for Harry Potter and Minecraft and that they visited some of the locations where the films were made to design them correctly. “Hogwarts was very complex. The design of the castle is not consistent because it changes a lot throughout the film series,” the developer said.

Netflix’s The Irishman Chosen Best Film of the Year