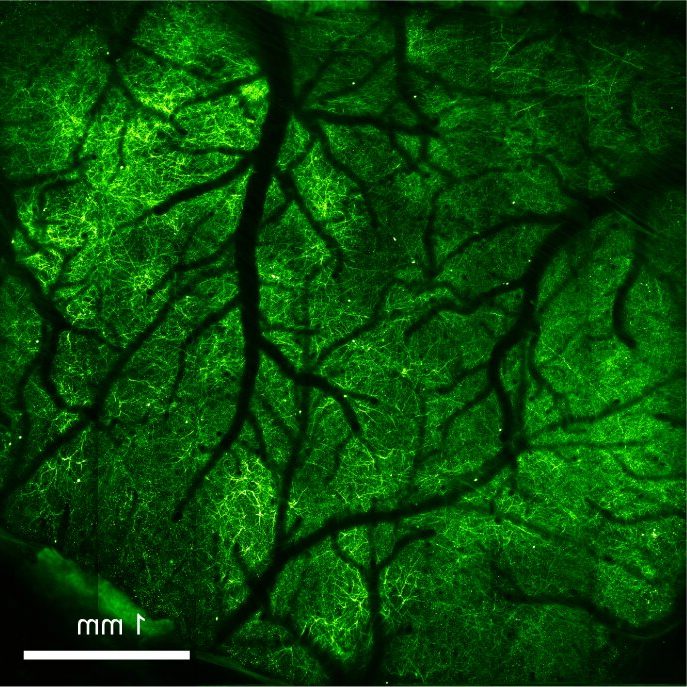 Scientists from Berkeley have developed a microscope that can display the movements of the brain’s electrical signals 1,000 times per second. Thanks to the developed microscope, diseases occurring in the brain can be better understood.

Electrical and chemical signals continue to move constantly in our brains. In the currently used technology, high-speed cameras and surgically opening a hole in the brain are required to display these signals.

Researchers from the University of California Berkeley have developed a new microscope to overcome this difficult process. With the new microscope developed, millisecond shots in a mouse’s brain were displayed 1,000 times per second.

The new imaging technique combines two-dimensional fluorescence microscopy and optical laser scanning in a state-of-the-art microscope capable of imaging a two-dimensional slice from the neocortex of the mouse brain 3,000 times per second. This technology is fast enough to monitor electrical signals in brain circuits.

“It’s really exciting because now we can do something people can’t really do,” said Na Ji, a professor of physics, molecular and cell biology at Berkeley. Using this imaging technology, Ji will be able to look for transmission problems related to diseases in the brain at electrical signals.

The main advantage of the new technique to neuroscientists is that it allows tracking tens of thousands of inputs that brain cells receive, including those that do not trigger the cell. These lower threshold inputs, which inhibit neurons, trigger actions that will occur in the cell and transfer information to other neurons.

Scientists from Na Ji and Berkeley developed the new technique based on viewing calcium signals in the mouse’s brain. Calcium concentrations in the brain cause voltage changes when their signals are transmitted.

Ji and his colleagues have been able to visualize the brain with probes that can be fixed to certain cell types and can be fluorescent when the environment changes. The researchers used a sensor developed by Michael Lin of Stanford University to monitor voltage changes in neurons.

Researchers say they need to scan 300 images to display the volume of the brain displayed with the technique they’ve just developed, but they only need to scan six images to get the same volume image with the new technique.

Na Ji, one of the leaders of the research, said his dream was to combine microscopy techniques to achieve submicron resolution as a way of understanding the brain. Ji says that this way electrical signals deep inside the brain will be displayed.

Video of brain signals obtained with the new imaging technique:

Viruses Remaining From Hands That Are Not Washed Properly According To...

An Invention To Change Quantum Computing Technology Has Been Realized