Home Science A New Method Has Been Launched To Stop An Asteroid Hitting The... 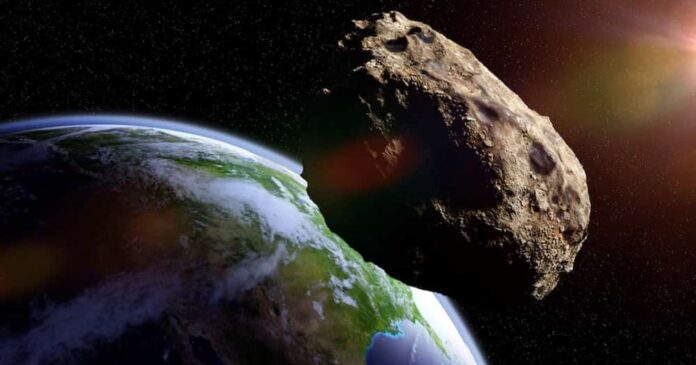 A recent study revealed that the way to protect Earth from an asteroid is getting help from another asteroid. The study, published in The European Journal Special Topics, was welcomed by the scientific community.

We all know that the secrets of space and space have remained a mystery for years and are the subject of many studies by scientists. The asteroids in the Planets and Solar system are among the topics that are frequently addressed in these studies. A new study is also on the subject of asteroids that will be hitting the Earth, followed by people from all walks, and says the best way to protect the Earth from this collision is to neutralize the asteroid in question with another asteroid.

The article published in The European Journal Special Topics by Flaviane Venditti of the University of Central Florida has emerged to suggest changing the direction of asteroids using a rope to change the center of gravity. Let’s not forget that computer simulations developed by scientists who carried out this study use Asteroid Bennu for test experiments. As is now known, Bennu is known as a potentially dangerous asteroid, approximately 490 m in diameter.

Bennu is an important celestial body to study:

The researchers say that the Asteroid Bennu chosen for its study is chosen because it passes very close to Earth every 6 years and has a celestial body with a high degree of influence. In addition, it is known that Bennu has a low orbital slope that rotates every 4 hours and makes it easier to roll. These are the features that make asteroid dangerous for Earth anyway.

Scientists; It transmits that the simulation shows that the method considered to alleviate asteroid bumps is dynamically feasible, and that the technique studied varies different parameters for the system and adjusts the amount of deviation, taking into account the current warning time. Research on the dynamics of these connected asteroid systems that are being studied to protect the planet is currently ongoing. New information about the upcoming subject from the researchers is eagerly awaited.

The Scientist Stealing Battery Technology Secrets From His Company Has Been...

Important Warning About Coronavirus: It Can Be Smeared While Running or...