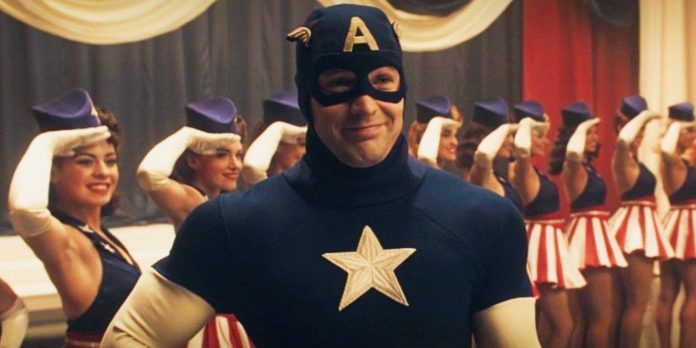 It is reported that the new MCU series “Wonder Man”, which is in the early stages of development on Disney+, will be a Hollywood satire. Since the beginning of Phase 4, the Marvel cinematic universe has received an additional platform through Disney+. Thanks to the Disney-branded streaming service, Marvel Studios has been able to flesh out the MCU as they continue to go through Phase 4. After the end of the Infinity Saga, Phase 4 introduces new heroes and villains to the Avengers. the universe, both on the big screen and on Disney+

While Disney+ has already seen several new Marvel Studios originals come out over the past few years, another one is on the way. Brooklyn Nine-Nine and community writer Andrew Guest are teaming up with Shang-Chi and “Legend of the Ten Rings” director Destin Daniel Cretton to develop a “Wonder Man” series for Disney+. It is expected that he will shoot at least 1 episode. Due to the fact that it was recently announced, the production of the show “Wonder Man” will most likely not begin until 2023.

RELATED: Will Nathan Fillion Play Wonder Man in the MCU (Because of GOTG 2)?

Since the initial announcement, Marvel Studios and Disney+ have yet to comment on the Wonder Man adaptation. However, new details have emerged about the MCU drama, as Variety writer Joe Otterson reports that he has heard that Wonder Man may actually be a Hollywood satire. Otterson stresses that while it’s not 100% confirmed, it makes sense for Wonder Man to move in that direction because of the character’s backstory.

If “Wonder Man” becomes a Disney+ series, it will follow Simon Williams as the main character, who was an actor and stuntman before becoming a superhero. Wonder Man, who debuted in the Marvel universe in August 1964, was originally a villain before becoming a hero. In the comics, Wonder Man was a prominent member of the West Coast Avengers, one of many alternate Avengers teams in the Marvel universe. So far, Wonder Man has only appeared in a handful of animated shows, including Avengers: Earth’s Greatest Heroes.

The idea of presenting Wonder Man as a Hollywood satire will be a new and refreshing direction for the MCU. Given how “The Avengers” has changed celebrity culture in the MCU, it would be interesting to see how the series handles this through Simon’s eyes. This would help Wonder Man stand out from other MCU shows, especially since Simon is not as recognizable compared to other Marvel heroes in the franchise. Although it’s not confirmed, it wouldn’t be a shock if the premiere of “Wonder Man” only takes place in Phase 5, given that Phase 4 is already packed. Time will tell what Marvel Studios is doing with Wonder Man, but hopefully the details will come sooner rather than later.