Home News A New Map and Destructive Environments for PUBG 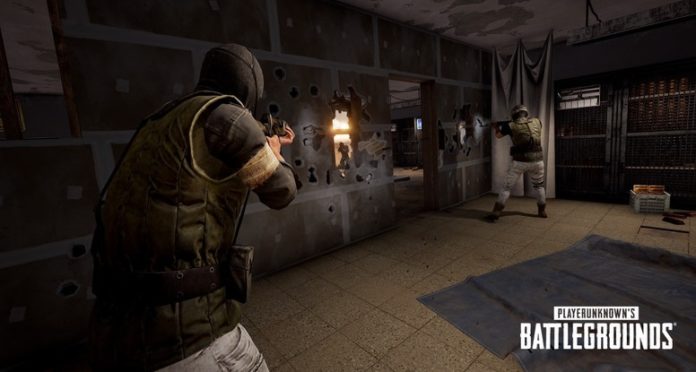 One of the most popular battle royal games in the world, PUBG is preparing to buy a new map. Screenshots of the new map, which seems to have been adapted from the Middle East, were shared. Destructible environments and more are also on the way.

As PUBG’s Season 5 ends today (January 14th), the developers behind the battle royal are preparing to come up with new features and content. New posts from PUBG’s official Twitter account reveal that a new map may be coming soon.

First of all, the official PUBG Twitter page shared two images yesterday that looked like a mountainous desert area and a small base in the cave. On sharing, “Fast and quiet. The deadliest ever.” statements were included. The followers also thought that one of the signs on the screen was Arabic, and that the map could be in the Middle East or North Africa. Here are the first shared images from PUBG’s new map:

Another image shared from the PUBG’s Japan account shows the characters fighting inside the building, which is part of the same map. In this screen shot, bullet holes in the walls and structural damage are visible. So we can say PUBG will come with destructible environments like Battlefield or Rainbow Six Siege. PUBG, which shows the future of the game C4, but then deleted the Facebook share is interpreted in connection with this.

Sharing the bullet holes in the walls and giving PUBG the clue to the future of destructible environments:
In addition, a user named PlayerIGN points to more than just the features of the new PUBG map. The user claims that Season 6 will be called ‘Shakedown’, that the new map will be 2v2 and will include a new mechanic called ‘Black Zone’.

It is alleged that the Black Zone will be more ruthless than the red zone and will destroy all the buildings in it. At this point, of course, attention is paid to destructible environments. Although the infiltrated information has not yet been verified, the images shared by PUBG suggest that these claims may be true.