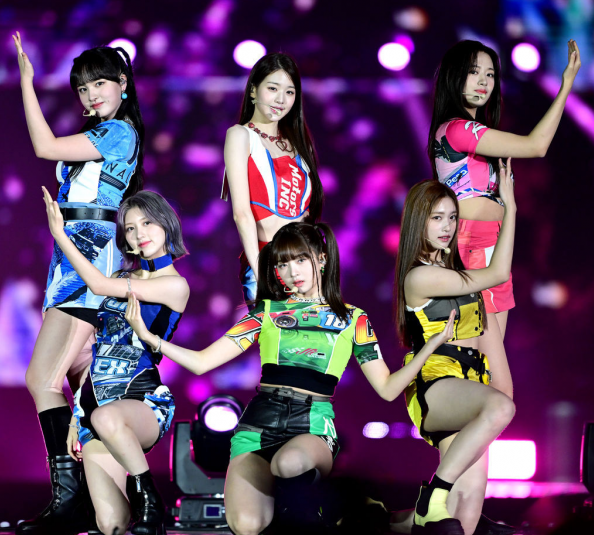 Fans were happy to know that IVE changed their makeup artists. However, after the band’s recent performance at the awards ceremony, their new makeup artists are also being criticized.

Keep reading to find out more.

IVE’s makeup at The Fact Music Awards 2022 ceremony caused a mixed reaction
Since the beginning of this year, IVE’s makeup style has been met with sharp criticism from the public, which has persisted for several months and has been repeatedly noted.

This problem even led to the fact that the makeup artist IVE held a live broadcast to solve the problem and publicly apologize. Soon after, speculation arose that IVE had changed their makeup artists back in September due to the constant negative reaction.

Fans believed that the hitmakers of “After LIKE” had new makeup artists because of the difference in makeup styles recently. Another salon also shared photos of IVE participants via their social media accounts.

After reports that IVE were allegedly changing their salons, netizens could not help but express their relief that the participants would receive better and more age-appropriate styles.

However, it seems that happiness is short-lived, as IVE’s new makeup artists are also beginning to be criticized.

On October 8, IVE attended the 2022 The Fact Music Awards (TMA) ceremony held at the KSPO Dome in Seoul. In addition to a couple of awards, IVE also performed their hits “LOVE DIVE” and “After LIKE”.

After their appearance at the award ceremony, netizens went to the TheQoo online community forum to share a few photos of IVE’s new makeup styles.

While the participants themselves and the photos were beautiful, netizens could not help but criticize their new makeup style, which seemed “boring” and devoid of the “idol” factor.

Netizens noted that compared to the makeup of other idols, IVE looks a little more simple and less pretentious. Some even said that it doesn’t look like stage makeup due to the lack of “trinkets” or sequins.

“It seems to me that compared to the makeup of other idols, it is a little boring. I used to like their makeup more.”

“I liked [their appearance] before because they looked more fancy. It looks too boring…”

“Except for Rey, nothing special.. It doesn’t look like stage makeup…”

IVE’s new makeup style was also highly appreciated
However, others also praised the band’s new makeup artist for highlighting the natural beauty of the members.

“They all look so beautiful in their natural form.”

What do you think about IVE makeup?