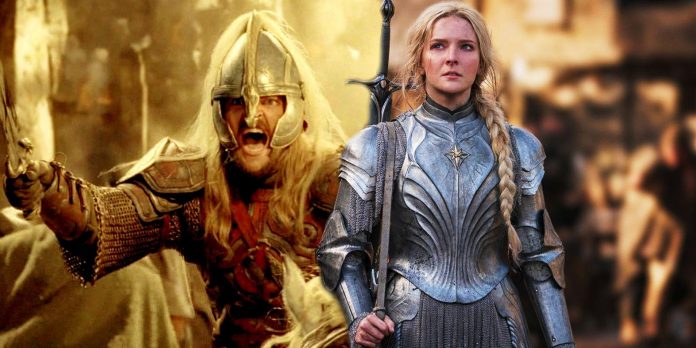 The plot ambitions of the “Ring of Power” are undoubtedly admirable, and many canonical stories can be found in Tolkien’s legendarium. It has been confirmed that the Rings of Power touch upon the most important plot points of the Second Era, such as the death of Numenor, the creation of the Ring of Power and the rise of Sauron to power. Showrunners confirmed that seasons 1 to 5 are planned and that even the final plan of the show has already been determined to convince viewers that the series is being created with care. However, other problems have arisen, such as the introduction of new fictional characters, the fact that it is too similar to the Game of Thrones, and the oversimplification of the history of Middle-earth.

On the other hand, in the anime “Rohirrim War” a completely different approach is applied. It is dedicated to one period of time, one specific event. Although at first glance it may seem completely unrelated to what happens in The Lord of the Rings, this is not necessarily the case. The Rohirrim war will provide more context for the land of Rohan, its history, its people, and its relationship with Gondor. The film will tell about the reign of Helm the Hammer-Handed and the political problems of Rohan. Although both projects have used very different approaches, “The Rohirrim War” is likely to win the favor of the audience because it does not push the boundaries of what it can achieve, which may turn out to be the fall of the “Ring of Power”.

The scope of the narrative of the “Ring of Power” is huge. It spans thousands of years, hundreds of characters, dozens of key battles and relationships — even five full seasons may not be enough to truly give this era of Middle-earth the attention it deserves. His budget may be huge, but a big budget is not always equal to quality, and “Rings of Power” has already caused controversy among viewers. Fantasy book series such as The Wheel of Time and A Song of Ice and Fire are quite difficult to adapt to a different environment, but the scope of the Ring of Power is wider than any of them. On the other hand, the Rohirrim War decided to focus on one story, one key moment in the history of Middle-earth. Perhaps this will prove that this is the way forward for adapting Tolkien’s Middle-Earth on screen: adapting one story at a time, slowly adding to the context of knowledge about Middle-Earth instead of trying to explain it all in one go.

It is also necessary to focus on the difference in style. “The Rohirrim War” will be a full—length animated film, which means that it will not be compared to Peter Jackson’s interpretation of Middle-Earth – a discussion that “Rings of Power” already has to contend with, although only one teaser trailer has been released at the moment. . This may mean that viewers will be more interested in the aesthetics of the “Rohirrim War” and, therefore, will be more open to its story, proving that the “Ring of Power” has another obstacle to overcome.

The first image of “The Lord of the Rings: The Rohirrim War” promises a beautiful animation style that conveys the atmosphere of Tolkien’s work. Rings of Power’s ambitions may still be justified, since it is impossible to determine the overall quality of the show only by its promotional materials. However, one thing is for sure. They will undoubtedly be compared in the coming years as successors to Peter Jackson’s adaptations of Middle-earth.

Superman’s Most Iconic Power Didn’t Come From the Comics 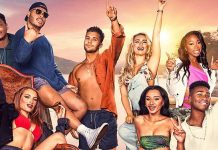 Each Pokemon is confirmed for Pokémon Scarlet and Violet