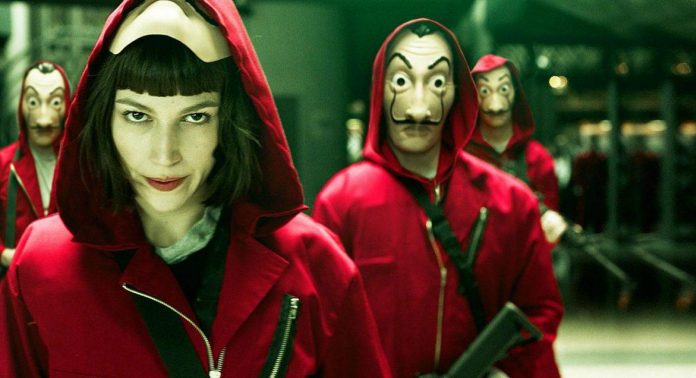 Netflix must announce at any time the release date of the latest season of La Casa de Papel, which has just completed work on the series’ filming set.

The fans of La Casa de Papel desperate to see the new episodes that will conclude the history of the series, keep formulating theories about what will happen, who will die or not when the drama is reaching its end.

Some fans of the Netflix crime drama believe that Tokio (Úrsula Corberó) will be the only survivor to narrate the events. However, an extremely observant fan seems to have evidence that things will be different at La Casa de Papel.

And is that according to the faithful viewer of the series ensures that a track recently released by the interpreter from Tokyo, could indicate that the character will have a tragic end before La Casa de Papel comes to an end.

It turns out that there are two images of Úrsula Corberó. In this sense, a fan who went to Reddit explained that these are the evidences of his theory, which he exposed on the Instagram account of the interpreter from Tokyo.

The netizen says that the famous woman published a recent image where she is seen with her longer hair. The look is very different from what she wears Tokyo. This led to other La Casa de Papel fans following the suggestion that Tokio may have died in La Casa de Papel.

In this sense, he explains that if the filming of the fifth season of the criminal drama culminated in February 2021, and currently the actress has longer hair compared to that used by Tokyo in La Casa de Papel, it could be indicating that Úrsula ended the recordings long before the rest of the cast.

Viewers who analyzed both photos of Úrsula explained that it would take considerable time for the actress’s hair to grow out, making it clear that Tokyo died in episodes before the end of the drama.