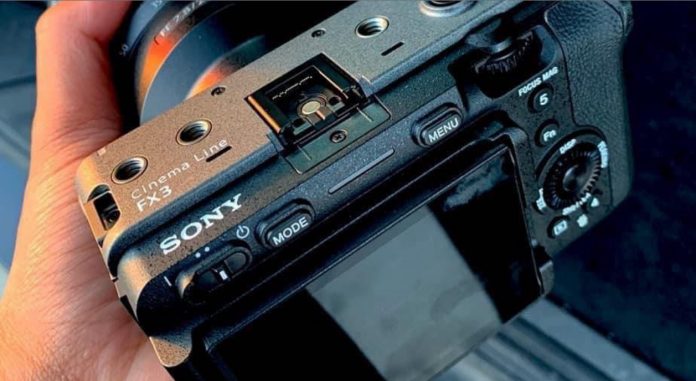 According to several leaks that have emerged, the cinema version of Sony’s full-frame A7S III mirrorless camera, the FX3, will be released around February 23.

The camera, which is expected to come with a 12 megapixel sensor and shoot 4K 120 FPS video, is expected to have a price tag of 3795 Euros in Europe and 4000 dollars in the USA.

Expected to hit the market in late February, the Sony FX3 is claimed to have features similar to the A7S III, including 4K / 120 FPS video, dual CFexpress card slots, in-body stabilization and still photography mode.

However, the cinema camera, which does not have a middle bump in its body, is more like the A7C, although it has a larger handle. It is also believed that the camera, which appears to have a pop-up screen, does not have the ND filter found in other Sony Cinema Line cameras.

At the same time, the three standard tripod screws on the top and the large record button show that the FX3 is designed to easily attach accessories like screens and microphones that video shooters need.

In addition, it is stated that if the leaks are correct, the FX3 will be by far the smallest Cinema Line camera owned by Sony.

Finally, it is stated that the FX3 is no different from Canon’s C70, the first cinema camera with RF mount. Because it is emphasized that both cameras are video-specific cameras with mirrorless form factors.

Finally, the FX3 is claimed to have a full frame instead of a super 35 (APS-C) sensor and will be significantly cheaper and smaller.

Cyberpunk 2077 removes a mod from the game

Falcon and the Winter Soldier, most watched trailer record