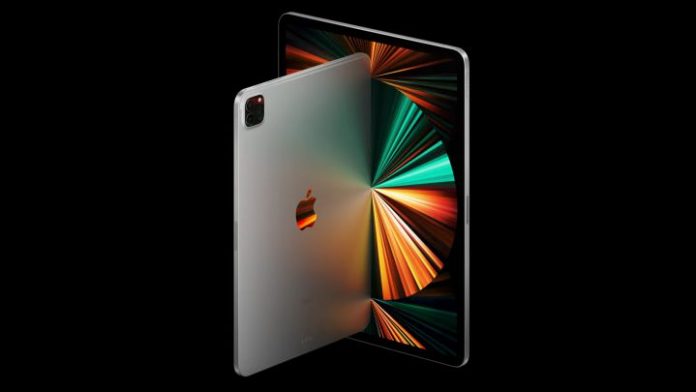 iPad Pro: Apple had a premiere day today. The firm has presented the new versions of some of its most emblematic devices such as the iMac 2021 or the new color of the iPhone 12 as well as a novelty: the AirTags. But in the group of the first ones we must count the arrival of a new version of one of its most powerful devices. This is none other than the iPad Pro, which has received a revision with the M1 chip inside.

The new design of the iPad Pro has revolutionized that of other Apple devices. Its smooth edges and beveled corners have served as inspiration for the new iPhone 12 and have also reached others such as this year’s iMac. But let’s focus on the novelties that this new model brings to the market that are noticeable both outside and inside the device itself.

We find that the 12.9-inch iPad Pro mounts a Liquid Retina XDR display. It has in its composition of more than 10,000 LEDs in mini-LED format on the back, with up to 1,000 nits of full-screen brightness, 1,600 nits of maximum brightness and a 1 million-to-1 contrast ratio to enhance creative workflows. .

The panel implements high dynamic range or HDR technology for a better view of the content played on it, whether it is multimedia or work to edit on this tablet. The new Liquid Retina XDR display includes other advanced technologies that can also be found on the 11-inch iPad Pro, such as ProMotion, True Tone and P3 wide color support, providing a great mobile cinematic viewing experience for content. HDR and Dolby Vision.

At its base, and flanked by two speakers, we find a single USB C port compatible with Thunderbolt and USB C 4 capable of transmitting data by cable of up to 10 Gbps and an image to a monitor of up to 6K in HDR. Nor do we forget its 12 MPX front camera which will be supported by the Center Stage function that will keep people in the center of the shot as much as possible.

Another device with the M1 processor

Apple has decided to unify some devices as far as hardware is concerned. In this case we have to talk about the new M1 processor, with which they promise great performance. Both the CPU and the GPU have 8 cores, enough to move any heavy program when using data stored in its 2 TB of storage at most. It will also improve the performance and autonomy of the device.

We cannot leave the section of the interior of the iPad Pro 2021 without naming an important feature: the 5G. Yes, Apple’s new professional tablet will also have a state-of-the-art connection. Not only will it do so thanks to a SIM, but it is also compatible with eSIMs as long as you have this option with the operator. 5G makes it ideal for higher quality video streaming, real-time collaboration, or FaceTime in high definition.

IPad Pro models in the United States are compatible with millimeter waves, the highest frequency version of 5G, allowing the iPad Pro to reach speeds of up to 4Gbps. IPad Pro also supports eSIM, making it easy to find a network and purchase a 5G data plan on the spot.

The iPad Pro’s TrueDepth camera system features a 12MP ultra-wide front camera designed specifically for the iPad, enabling Center Stage, a new experience for video calling. Center Stage uses the much larger field of view of the new front camera and the M1’s machine learning capabilities to recognize and keep users focused on the frame.

When users move, Center Stage automatically sweeps to keep them on the plane. When others join, the camera also detects them and gently zooms out so everyone fits into the view and makes sure they are part of the conversation.

– The M1’s ISP and neural engine further unlocks the capabilities of the professional camera system, bringing Smart HDR 3 support for the first time on the iPad Pro. And in low-light conditions, the ISP and LiDAR scanner focus with fast and accurate images and videos to capture incredible detail with almost no light.