New features have emerged for the WhatsApp Web version. With the new beta version, WhatsApp Web also got a new interface.

WhatsApp Web continues to take on some of the most important features of Telegram, one of its biggest rivals. The messaging application, which previously allowed the application to be opened on multiple devices, now comes with a similar design with a mobile interface. As you know, Telegram uses a similar interface with the mobile application in this sense. 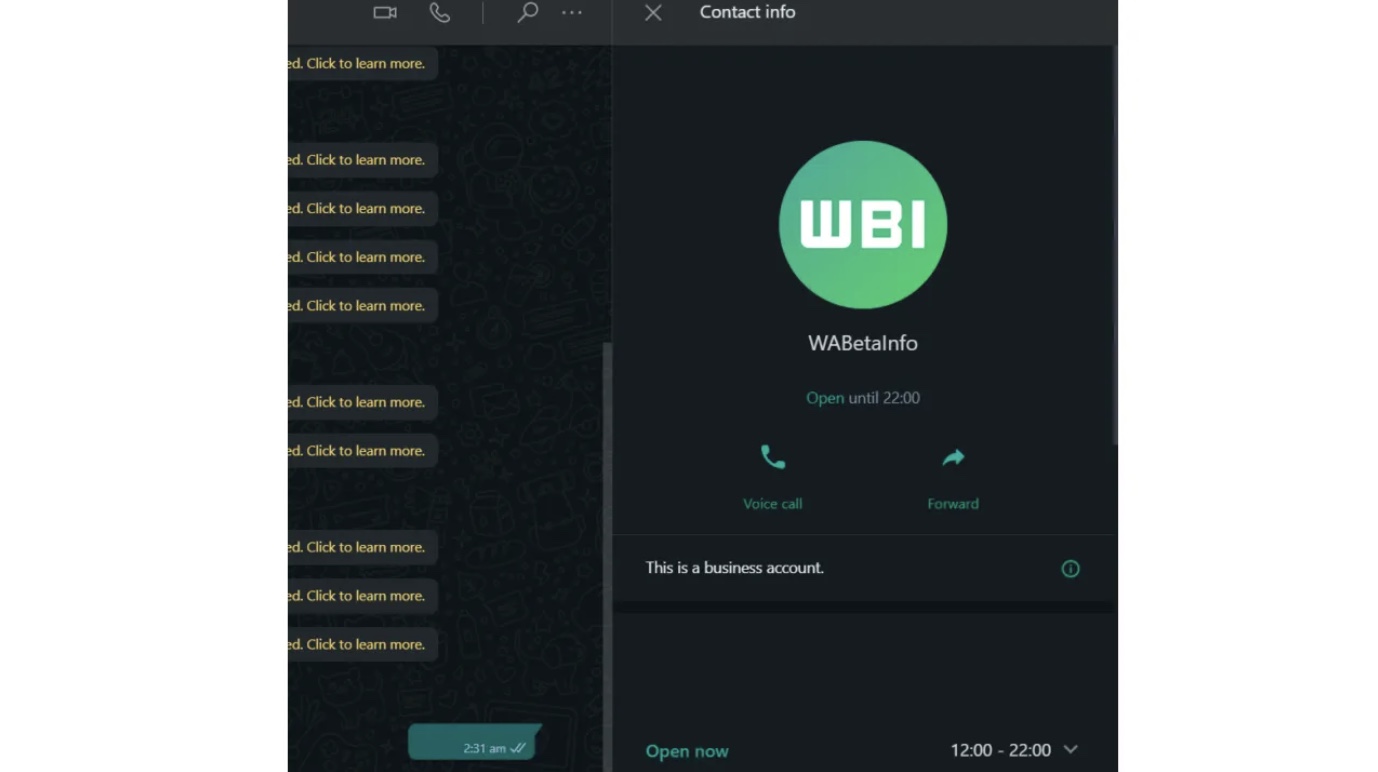 WhatsApp Web version 2.2144.2 introduces a new interface design with beta update
Multi-device support for the WhatsApp desktop version has also recently arrived. After this support, options such as turning off desktop calls and setting incoming call ringtones have emerged over the web version. With this new WhatsApp Web update, it will be possible to add your personal information to your profile.

Previously, WhatsApp business accounts began to appear in the Android and iOS application. Now, it is stated that the account is a business account in the WhatsApp Web version. Business users will be able to add information such as website information, opening and closing time to the profile in the desktop version as well as in the mobile version.

Thus, the WhatsApp Web version will further reduce the differences with the mobile version in terms of interface design and user focus.

What is WhatsApp desktop version?

As the name suggests, thanks to WhatsApp Web, which carries the WhatsApp application to your computer, you can reply to messages from your computer.

There are two options for those who want to use WhatsApp Web. One of them is to open WhatsApp Web version on any internet browser. Another way is to download the WhatsApp Web application to the computer and make it work independently from the browser.

How to use WhatsApp Web without internet?

Now you can use WhatsApp Web even if your phone is not connected to the internet.