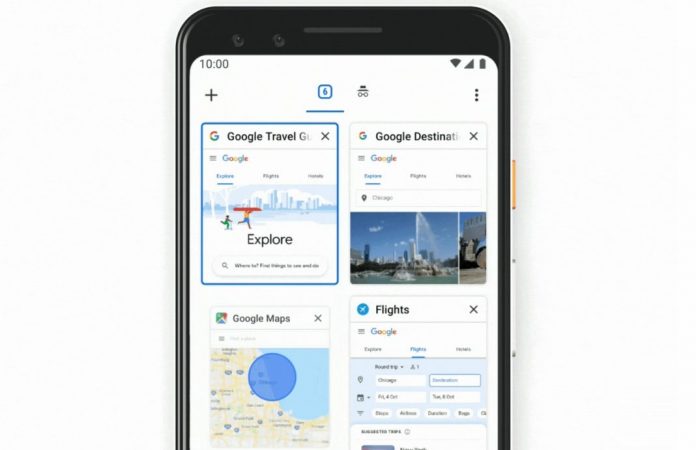 The latest update for the Google Chrome Android application refreshes the tab switching interface. In addition, the tab grouping feature makes it easier for users to organize open web pages.

Some users encountered the new interface and tab grouping feature after the release of the Chrome 88 update. However, the feature did not reach all users. Now it seems that the distribution is done gradually.

The new grid view replaces the existing vertical tab list. The new interface also reminds the interface of the Chrome iOS app. While about six tabs are shown on the screen at the same time, these tabs can be closed by swiping left or right. Incognito tabs can also be accessed by tapping a small icon on the screen.

Tab groups have been available on Chrome’s desktop application since last year. This opens up a more convenient way for users to organize tabs. Users can also quickly switch between tabs in the same group. Android users can drag one tab over another to group them in the same group. Different menu tools can also be used to group tabs.

The new interface seems to take some time for the Chrome Android app to reach all users. However, it is also possible to manually activate the new interface and grouping feature. For this, after typing “chrome: // flags” in the address bar, the necessary options can be accessed by searching for these features.

Try these if your flash drive won’t open