Home Crypto New Integration from the Giant Phone Brand of the Industry! 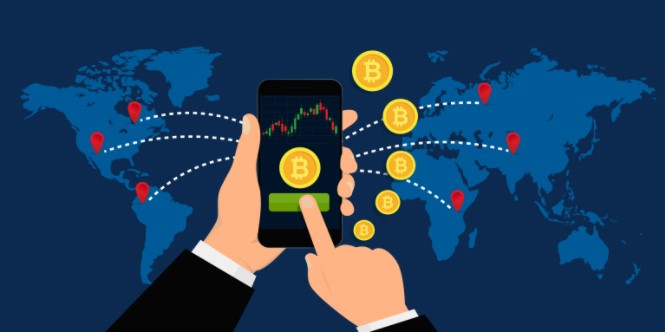 iPhone, one of the undisputed largest companies in the phone industry, announced that it will integrate the Tap to Pay feature into crypto payments. With the Tap and Pay feature, iPhone owners are planned to be able to make contactless payments from their phones thanks to NFC.

Tap and Pay feature, which will be released soon; It is expected to cover contactless credit cards, debit cards and digital wallets. In other words, if there is no problem, users using digital wallet cards such as Coinbase Card and Cryto com Visa Card will be able to make crypto money transactions with the Tap and Pay feature. In addition, Apple announces that additional payment platforms and applications will be added to the system this year.

Coinbase launched the Coinbase Card in June 2021 to make cryptocurrency spending easier. In August 2021, major crypto exchange Coinbase, which is integrated with Apple Pay and Google Pay, allows users to buy crypto on the platform through these methods. Crypto com, the other major crypto exchange in the industry, is offering a partnership with Crypto com Visa Card and Apple Pay. On the other side of the coin, Apple says:

“The iPhone Tap and Pay feature will work with contactless credit and debit cards on leading payment networks including American Express, Discover, Mastercard and Visa.”

Experts think that Apple Pay will most likely not allow the purchase of goods and services directly via Bitcoin (BTC), and argue that this can only happen if the amount to be transacted is converted into dollars during the transaction.

Additionally, Apple CEO Tim Cook emphasized in November 2021 that he has no plans to accept the crypto payment option for the sale of Apple products. However, it is also known that Tim Cook announced that he bought crypto individually.

Katy Perry Picks This Altcoin: The Price Has Jumped!