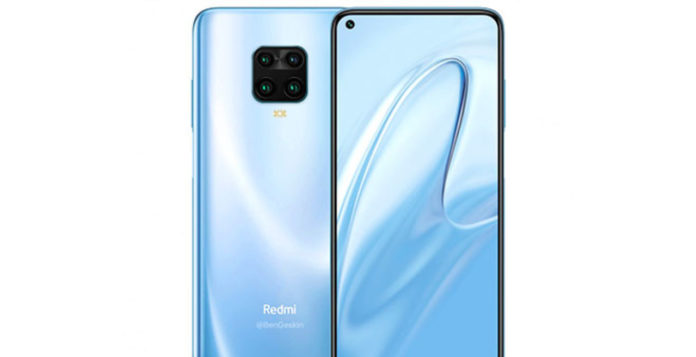 Although Redmi introduced the Redmi Note 9 Pro and Note 9 Pro Max, two members of the new Redmi 9 series, we had little information about the standard version. Images and feature information allegedly belonging to the device appeared.

It is a common strategy for companies to produce smartphones at different levels and try to attract customers from different segments. One of those who follow this strategy is Realme.

The company first introduced Redmi Note 9 Pro and Redmi Note 9 Max. While these devices have managed to attract attention, people are wondering why Redmi 9 isn’t introduced. Redmi 9 will replace Redmi 8, which we can call a beginner phone.

Get ready for Redmi 9 with 4 cameras
There are always predictions and leaks about the curious phones. Various rumors also appear for Redmi 9. According to a new leak, the phone will come with 4 cameras. Even a visual was shared about how the phone would look.

According to the images, there will be a system with four cameras on the back of the phone. In addition to the image shared by Twitter user Sudhanshu Ambhore, technical information about the device was also provided.

The main camera from the cameras on the back of the phone will be a simple 13 MP camera. Other cameras will function as an 8 MP wide-angle camera, 2 MP macro and 2 MP depth sensor. Although it looks realistic because the 13 MP Redmi is the standard camera, the design resembles the previous version of Redmi 9 very hard, making it hard to believe in the leak.

Possible technical specifications of Redmi 9
It is stated that under the cover of the phone, MediaTek will be the Helio G80 chipset. We know from Realme 6i that this chip is a good price performance product and has a reasonable label. A phone with these features will come with features starting from 3 GB of RAM and 32 GB of internal memory. Probably the phone’s memory will be increased with microSD cards.

According to the source of the claims, Redmi 9 will come in purple and green colors. It will not be surprising that the price of the phone, which will probably have a 5000 mAh battery and 10 W charge, is around 1300 – 1500 TL under normal conditions.

Do you think these images and features really belong to Redmi 9? Or will the device developed by the company look different? You can express your ideas in the comments.