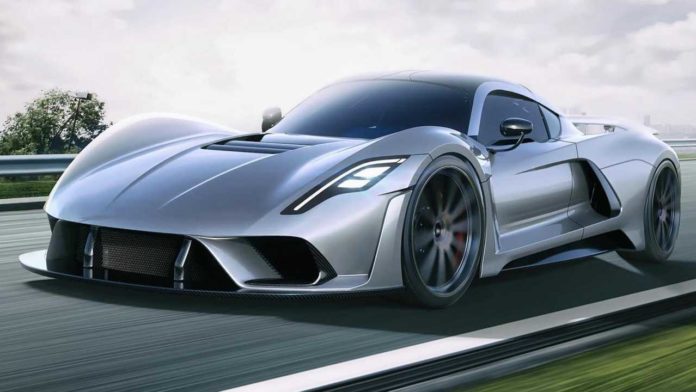 Hennessey, working on Venom F5, which has been promised to be the fastest vehicle in the world since 2014, shared early render images of the vehicle from a few years ago. In addition to the shared image, a change was also made to the vehicle’s hourly maximum speed.

In 2014, Hennessey announced the Venom F5, which promised to be the fastest car ever produced, at 467 kilometers per hour. After 5 years, the serial production of the vehicle still does not start, but the information continues to come. At this point, the company announced that the first completed version of the vehicle will be shown until the summer months of this year with an announcement from Facebook.

With the announcement, the first render images of Venom F5 from a few years ago have also appeared. Looking carefully at the shared image, it can be seen that there are some changes between the current yellow model of the vehicle and its appearance a few years ago. These details stand out especially in the front bumper and headlights.

Venom F5 can reach over 500 kilometers per hour:
Apart from the design, another point that changed drastically in the Venom F5 was the vehicle’s highest approved speed. At this point, the company said that Venom F5 could reach 500+ km / h per hour in its sharing. This means approximately 35 kilometers more speed per hour than the previously claimed 466 km / h.

Expected to compete with giants like Bugatti and Ferrari, the Venom F5 is expected to use a twin-turbo 6.6-liter V8 engine capable of producing 1,817 horsepower and 1,617 Nm torque to reach more than 500 kilometers per hour. Hennessey says that the Venom F5 will have a slightly higher resistance than Bugatti Chiron, which has a 38.353 pound feet torsion resistance per degree to withstand this terrible amount of power.

We can only see in the coming days whether the Venom F5, which boasts being so fast and has an initial price of $ 1.8 million, can really deliver the promised performance. To do this, we need to wait at least next July.

Some solutions if you can’t connect to WhatsApp Web