Home Tech New Information About the European Prices of the Xiaomi 12 Series, Prepared... 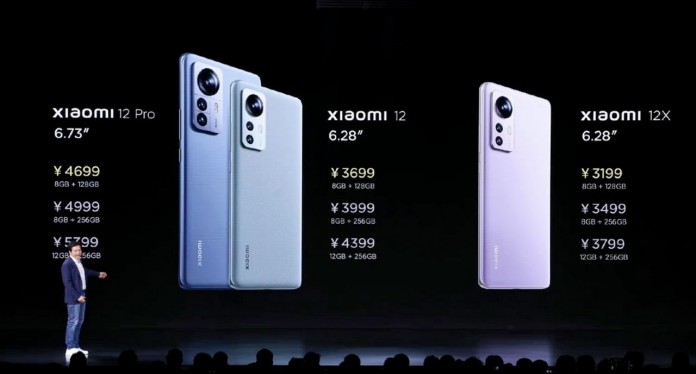 Xiaomi 12 Ultra has attracted great attention since its first rumors and aroused curiosity in users after the appearance of its images. New information has emerged from Xiaomi’s new flagship candidate, the Xiaomi 12 Ultra.

Launched in the past months, the Xiaomi 12 series continues to attract great attention since its release. The series, which sold out in a short time and broke sales records, is eagerly awaited in our country as well. Xiaomi phones have managed to reach a large number of users. Xiaomi seems determined to continue this success it has achieved all over the world with its new models to be released in the coming days.

In addition to a huge camera, it comes to make users happy with its technical features.

You may remember that a lot of information about the Xiaomi 12 Ultra has been revealed before and we have shared them with you. This new design, which we have seen for the first time from Xiaomi, draws attention with its semi-matt, semi-gloss and many more features. Xiaomi’s new flagship phone, which attracts attention with its huge camera, continues to surprise us with every new information we get. Lenses produced by Leica Camera AG, one of the largest camera manufacturers in the world, are expected to be used in the camera, which divides users into two with its camera design and some say it is ‘unnecessarily large’ and some say its ‘design looks different and beautiful’. You may remember that he signed many models of Huawei phones before. According to rumors, the camera system on the back of the Xiaomi 12 Ultra also includes features such as 5x optical zoom, wide angle and telephoto lens.

Although it is difficult to stop talking about such an interesting camera, it is necessary to take a look at its other features, because there are so many features in this new model that will surprise us. There are also predictions that Snapdragon 8 Gen 1, which we hear frequently today, will be the processor of Xiaomi 12 Ultra. It seems that the Snapdragon 8 Gen 1, which Xiaomi also uses in the 12 Pro and 12 models, which broke sales records, has not been abandoned in this new model. Another highlight of the phone is; screen and battery power. Xiaomi 12 Ultra aims to make its users happy in every aspect with its 120 Hz QHD+ AMOLED panel display, up to 16 GB of RAM and expandable memory up to 512 GB. On the other hand, with the 5000 mAh battery and the fast charging feature that can be increased up to 120W or 150W, users will lead a life further away from their chargers.

New information has emerged about the sales prices of the Xiaomi 12 series in Europe.

New information has emerged about the European sales prices of the new models of the Xiaomi 12 series, which has broken sales records since its release. While Xiaomi’s 12 Pro is expected to be available in Europe soon, new information about its prices came with it. According to these rumors, the Xiaomi 12 Pro will be available with 8 GB RAM 256 GB memory, as well as a selling price of 1000-1200 Euros with 12 GB RAM and 256 GB memory. The price of the standard version of the Xiaomi 12 Pro will start from 800 – 900 Euros. The price of Xiaomi’s 12X model will be waiting for users who want to have a new phone at a more affordable price, with a price of 600 Euros.

Coming to the Xiaomi 12 Ultra, there is no definite information about the sales prices yet, but the claims are that this new flagship phone will be presented to users at the presentation that Xiaomi will hold on March 15. Of course, although most of these are claims as we have said, it should not be forgotten that most of the leaks from Chinese sources are true and they do not get used to this issue cowardly.

Xbox Series X is on the agenda with a new issue