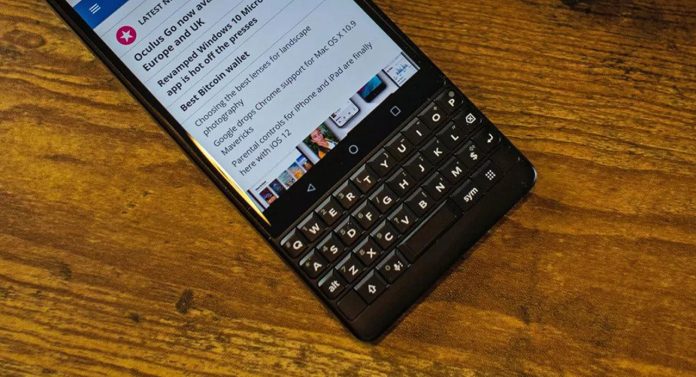 Keeping silent for a long time, BlackBerry plans to launch a new push-button phone in 2021. New information with the release date, price and features of the new 5G-powered phone to be released by BlackBerry is slowly coming to light.

BlackBerry 5G will not be designed by the original team

It will not be made by the original BlackBerry developers who sell their phone mobile patents and mostly move into the smart car authoring and security technology market. Instead, OnwardMobility, which acquired the company, will take over the construction of the phone. The company is determined to work with Nokia, Xiaomi and Foxconn for a new BlackBerry.

The phone, which has not yet been given a price information, is expected to be around $ 649. It was stated that the price could be higher due to the use of a different production process. OnwardMobility also stated in a press release that the phone will be built under strict rules to ensure component, device and supply chain integrity. This is thought to help provide a great level of security for corporate firms.

“More than half of the global population today owns smartphones, so the market is huge,” said Peter Franklin, CEO of OnwardMobility. But we aim to fill the gap in the ultra-secure and productivity-centric smartphone that can meet the needs of corporate users, government users and security-conscious consumers.

In addition to the phone having 5G support, it is stated that it will also have an Android operating system. But whether it will be Android 11 or an older version is another issue that is confusing. In addition, the phone, which will have a physical keyboard, has set its mind to appeal to old BlackBerry fans. As for the battery, the BlackBerry 5G is expected to use a 6,000 mAh battery and Moto G9 Power with a two-day battery life. Finally, the new BlackBerry is expected to run applications quickly and have the necessary features to avoid problems with file storage.

How to open “Pattern Password” and “PIN Lock” on Android?

How to download the cat filter in ZOOM for your video...