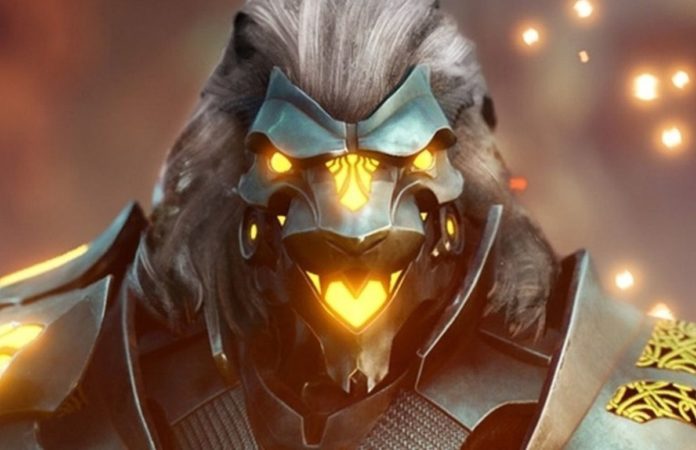 New images have emerged from Godfall, the first game announced for PlayStation 5. Images from a trailer that has not been released yet show the game’s combat mechanics.

Sony announced last year that the next generation console PlayStation 5 will be released by the end of 2020, after which the first game announced for PS5 at The Game Awards 2019 events was Godfall. As of now, Godfall’s first images appeared, focusing on war mechanics.

The gameplay footage of Godfall was shared on Reddit and reportedly taken from a trailer that has not been released yet. While we can’t see many features that suggest Godfall is a new generation game, the impressive particle effects that emerge during wars are remarkable. It is said that the trailer was made a year ago and the game may be more developed now.

Godfall will be an RPG type game and one of PS5’s launch games. The game, developed by Counterplay Games and published by Gearbox, has an intense combat system and multiplayer features where players will complete missions. In Godfall, players will get legendary armor sets while hunting for loot.

The game will be an action game that combines close combat mechanics with a third-person camera angle. Players will face challenging missions in the Godfall world and reward enemies, bosses and reward them with spoils. Godfall can be played in single player, or in teams of up to three.

Developed for the next generation PlayStation, Godfall will not come to PS4. According to the game’s creative director, Keith Lee, Godfall will take advantage of the adaptive triggers of the PlayStation 5 controller. In addition, the SS5 drive of the PS5 will ensure the uninterrupted loading of the vast world of the game. Godfall will be released on PlayStation 5 and PC (Epic Games Store) platforms.

New images from Godfall are as follows;

Cambridge, one of the most reputable universities in the world, played...