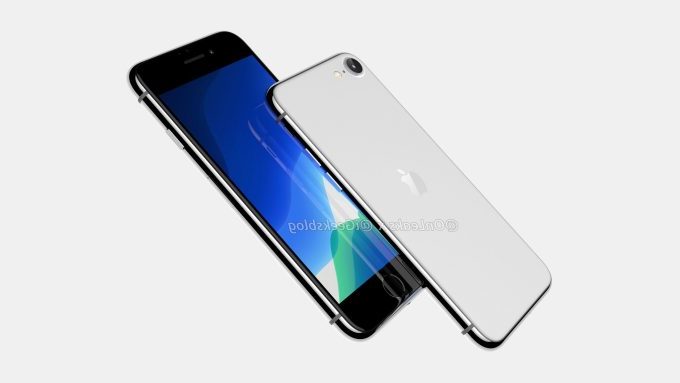 OnLeaks, a notorious source of leaks, shared new rendering images for the iPhone SE 2, which is expected to be Apple’s affordable phone. The shared images allow us to take a detailed look at the device.

According to new information, the year 2020, California-based technology company for Apple will start quite moving. According to rumors, the company will launch two different iPad models and a 4.7 inch iPhone in the first half of the year. As you can imagine, this iPhone will appear as a budget-friendly device and will be called iPhone 9 or iPhone SE 2.

A video shared by OnLeaks reveals the 360-degree view of the device, although we will not know what name the phone will be released until launch. For those who do not know, OnLeaks has a very high success rate in terms of leakage.

Images said to belong to iPhone 9 / SE 2:
As we know from the previous leaks, the new budget-friendly phone has no similar point in terms of design with the iPhone 11 series. Instead, the phone meets a similar design line with the recently introduced iPhone 8. In fact, according to the information shared by OnLeaks, the device is expected to be 138.5 x 67.4 x 7.8 mm (8.6 mm including the rear camera overhang).

OnLeaks, on the other hand, believes that the iPhone SE 2, which shares its rendering images, will feature a frosted glass design on the back. This new phone will be introduced to the 2017 iPhone 8’den model seems to be the most distinctive feature. In addition, we can assume that the new iPhone will support wireless charging.

Technical specifications expected to take place in iPhone 9 / SE 2:
The affordable iPhone is expected to be equipped with a single camera at the back and will feature a 4.7-inch bezel LCD panel. However, the iPhone 9, which will revert to the Touch ID feature, will offer 3 GB LPDDR4X memory alongside the A13 Bionic processor.

The previous iPhone SE model, based on the starting price of $ 249 Apple’da said that this model will follow a slightly higher price policy. Accordingly, the alleged starting price for the iPhone 9 model will be $ 399. Finally, let us recall that this information is merely a claim.

Chrome OS Flex, This Is The New Operating System For Your...