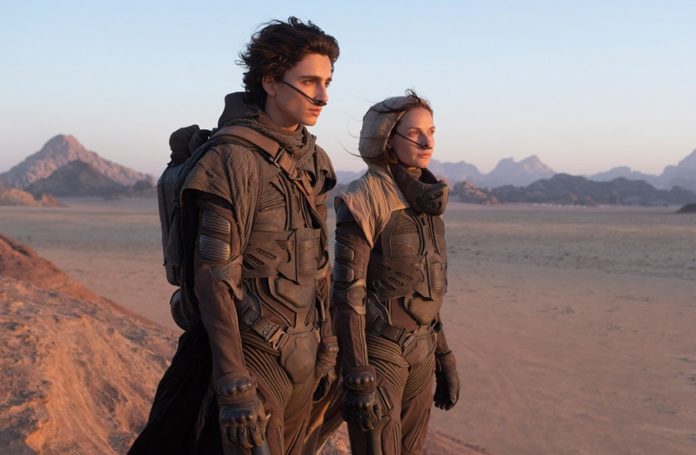 New images have been released from the highly anticipated Dune adaptation of Denis Villeneuve. Bringing together important names such as Timothée Chalamet, Javier Bardem, Rebecca Ferguson, Stellan Skarsgård, Josh Brolin and Jason Momoa, the movie will be released on December 18.

Dune adaptation by Dennis Villeneuve is one of the most exciting films that will meet with movie lovers this year. Adapted to the screen from the legendary series where Frank Herbert won the most prestigious awards of science fiction literature, Hugo and Nebula; It promises to be one of the best sci-fi movies of recent years, both with the signature of Dennis Villeneuve, who has signed impressive films such as Sicario, Arrival and Blade Runner 2049, and with his impressive cast.

The first images from the film began to emerge as Warner Bros. began the promotional work for the highly anticipated movie. While yesterday Vanity Fair shared the first official image from the movie, new frames were added to them today.

Dune, whose script was written by Eric Roth and Jon Spaihts with Villeneuve; It takes place in the distant future and her family tells the story of Paul Atreides, who controls the desert planet Arrakis. The fact that other noble families aspire to Arrakis, which hosts the most valuable mine in the galaxy, drags Paul into a struggle he never expected.

Dune is expected to be released on December 18. However, it is possible to say that the film will definitely be released on this date because the coronavirus outbreak has turned the calendar of vision upside down. At this point, however, there is no reason to postpone the movie.

TXT’s ‘The Chaos Chapter: Fight or Escape’ Becomes the Only K-Pop...