Home Tech New Images of the Hospital China Has Built for the Corona Virus... 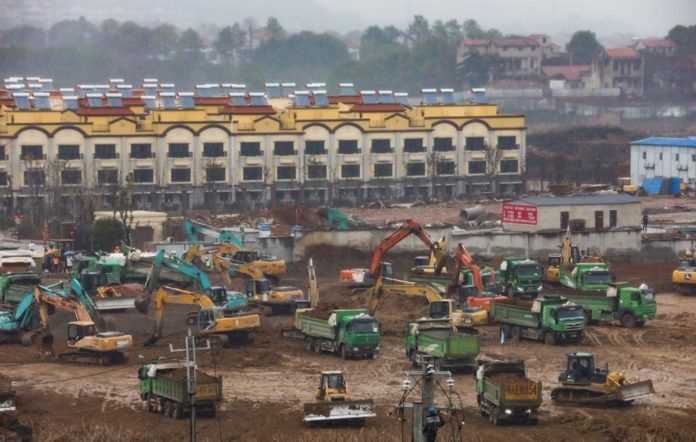 New images were shared from the hospital, the construction of which started a week ago, to combat the Corona virus, which emerged in China and worried the whole world. The hospital, where the rooms where the virus-detected people will be treated are displayed, is starting to serve as of today.

The deadly Corona virus, which originates in the city of Wuhan in the People’s Republic of China and brings the hearts of everyone in the world, continues to spread fear all over the world. According to official records, the number of patients detected with viruses appears to be 17,489, while the number of deaths is increasing. While the total number of deaths was announced as 305 the other day, this number unfortunately reached 362.

Rooms where people with virus detected will be displayed:

The hospital, built on a 50,000 square meter area with a team of 7,000 people from different professions, is said to have 30 intensive care units. With the opening of the hospital with a capacity of 1,500 beds, images were also published. Rooms where patients with virus were treated were also reflected in the cameras. The most striking part of the images was the double-layered structure between the corridor and the rooms. In this way, doctors will be able to communicate with them and provide medication support without entering the room and approaching patients.

In the construction of the hospital, which is thought to last 2 years under normal conditions, but was completed only in ten days, 24 hours of continuous work was carried out with the participation of carpenters, plumbers, electricians and various construction workers. While doing this, employees took special precautions against the virus by wearing special masks and clothes. Currently, there are 17,489 cases with Corona virus in total, and 11,177 of these patients are currently living in Wuhan. 350 of the 362 patients who died were registered in Wuhan. In addition, it seems that the number of treated from almost 18 thousand patients is only 530.

Google Will Open 200 Engineering Jobs In Brazil By The End...