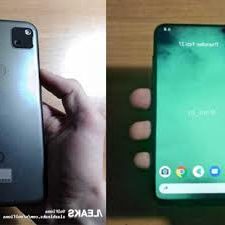 The event that the Pixel 4a series, which we have been waiting for Google to introduce for a while, will be introduced was canceled due to the corona virus. Pixel 4a, which has leaked some features, also has features that excite Android users.

If we examine the camera module a little more carefully, we can say that there is a sensor with an LED flash in the module. From the information that has emerged, it is not understood what the sensor is. There is also a fingerprint scanner on the back panel. Also, the power button and volume keys are on the right, according to what is visible.

Expected features of Pixel 4a
According to the information revealed, the screen size of the Pixel 4a will be between 5.7-5.8 inches. It is not yet clear whether it will feature Motion Sense technology and Soli chip on the standard Pixel 4a. The phone is likely to come with the Snapdragon 730 processor and with it 4 GB Ram and 64 GB storage. It is also possible that the phone will come out of the box with Android 11. Battery details are not yet disclosed, but fast charging support is expected.

ATEEZ shows his more challenging side in THANXX’s MV

PlayStation Now: This is the PS4 video game service

JAMES CHARLES IS SURPRISED TO SEE HIS MATCH WITH DUA LIPA

Apple’s Decision to Discuss: 2021 iPhones will not be the port