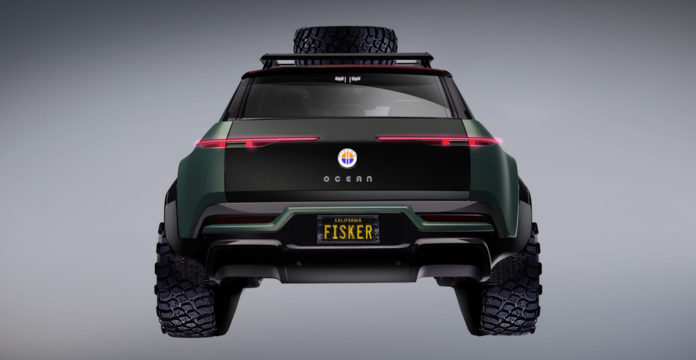 Fisker Automotive plans to start production of the electric off-road vehicle Fisker Ocean in 2021. Henrik Fisker, the founder of Fisker Automotive, revealed two different versions of the new electric SUV, by sharing on his Twitter account.

Both designs have large tires, but one of the designs includes a spare tire placed on the ceiling. The other one is empty, but there is a paddle on the tailgate and a compartment with a charging box. Fisker also stated that they have found a great place to put the spare tire and will announce details next week.

“Low center of gravity and wide tires bring extra stability. Fisker Ocean is a clean and sustainable vehicle that can be used by international organizations that need rescue vehicles in rural areas. Fisker is a great expense for the military,” Fisker told Top Gear magazine. it can also be used as a zero emission solution in transportation. ” said.

The location of the spare tire will be announced next week
Returning to the mystery of the spare tire placement, Henrik Fisker stated that the spare tire was not placed on the roof or in the trunk. It is very important to keep spare tires in a place that can be easily removed in off-road vehicles. The announcement by Fisker CEO next week is eagerly awaited.

Fisker Ocean will be released next year with both electric and internal combustion engine options. If Fisker sets an affordable price for the car, Rivian, Bollinger and Hummer can go one step further against the premium brands.

Error that breaks the computer in Windows 10

Epic Games to Give Just Cause 4 Free for the Week