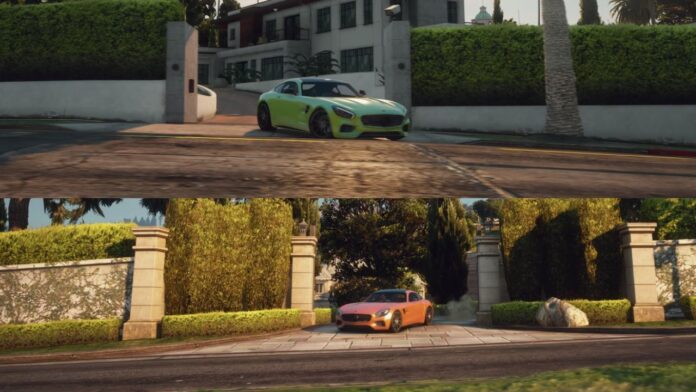 GTA 5 has been available for free over Epic Games very recently. one from Turkey and fans of the game within the agenda of millions of people from around the world shared a video about naturalvisio Evolved graphics mode.

A channel named Razed shared a trailer from their YouTube account. Realistic graphics mode officially appeared 2 years ago. Everything is more “real” in this newly released graphics mode trailer for GTA 5.

Everything looks much better with GTA 5 new graphics mode
As you know, GTA 5 was launched 7 years ago. Since then, there have been significant developments in the latest online game of the game, which has come across with many improvements. Now, a new trailer for NaturalVision Evolved graphics mode has been released on the game-oriented YouTube channel Razed. The trailer that turns GTA 5 into a 4K game looks very successful.

The new graphics mode, which looks like a live action movie, makes you wish it was actually released. According to the description of the NaturalVision Evolved trailer, this mode was created by making changes in environmental weather conditions, lighting system, ambient colors, map toning, world textures, building models and much more.

The purpose of this mod prepared by the fan is to definitely blur the line between game and realism. So much so that you can easily see that he achieved his goal in this trailer.

Here is the trailer:

How to activate Google Assistant while driving