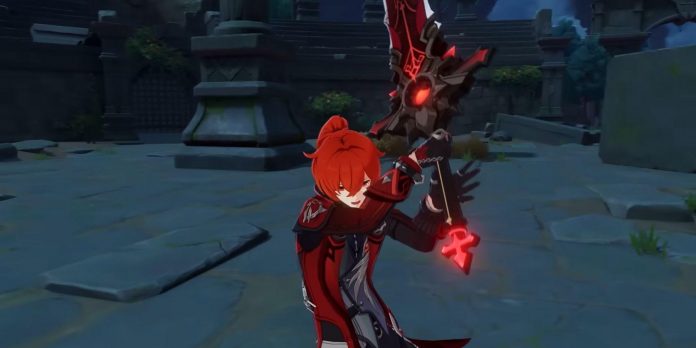 After months of rumors and speculation, the Genshin Impact 2.8 update finally introduces two brand new costumes for two popular characters, Dilyuk and Fishl. Both new skins have a unique backstory, and they can be found in the official game store.

The game rarely introduces cosmetic items for characters, the most recent of which are the Keqing and Ningguang Lantern Rite event skins. An interesting post on the official Genshin Impact subreddit shows a small detail about the Diluka skin that most players probably didn’t notice.

Reddit user vc710 revealed an interesting detail about one of the new skins. Apparently, by putting on Diluk’s new suit, the character will look a little taller. Numerous responses in the comments section jokingly claim that this small change makes the skin worth buying. This is the first five-star skin in the game, as it includes several changes to the character’s combat effects. The flame of the arsonist on the new skin is slightly darker, and it seems that it has a much higher contrast.

The new outfit makes Dilyuk about an inch taller! from Genshin_Impact

A couple of comments claim that Dilyuk has not become taller with the new skin, he just has higher heels. However, fans pointed out that given that players can’t take off or change Diluk’s shoes, the only thing that matters is that Diluk’s model is higher with a new skin. Dilyuk’s new costume undoubtedly brought this forgotten character back to the command structures of many players. Despite the fact that the new appearance has absolutely no effect on his strength on the battlefield, fans claim that the new effects of the arsonist are certainly like a breath of fresh air.

A skin usually costs 2,480 Genesis crystals, which is about $40, but during the 2.8 update, players can purchase a new skin for 1,980 Genesis crystals, or about $30. Most of the community still believes that the new skin is too expensive, especially since players can spend money on Primogems and purchase a brand new five-star character from the game’s limited banner.

Fortunately, the developer of HoYoverse decided to reward his players with a free skin for one of the most popular four-star characters of Genshin Impact, Fishla. To get a free skin, players must have an adventure rank of 32 or higher and take part in the Summer Odyssey event. After collecting 16 Phantasmal Conch shells, players can go to the event menu and collect the skin. It is worth noting that the skin will be available for free only for the duration of the event.