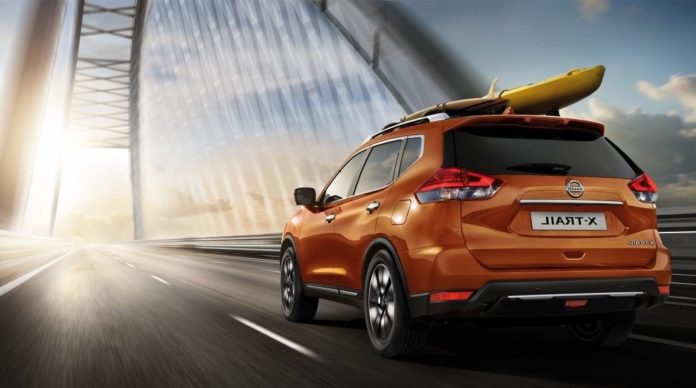 In the midst of the Corona virus outbreak, a prototype emerged showing Nissan testing a new SUV candidate in the streets of Las Vegas, USA. Nissan is pretty good at keeping secrets. In the coming weeks, we may encounter several images of camouflaged prototypes such as Mercedes-Benz or Porsche. But with Nissan, we can capture only a few prototypes with the camera, even after months. That’s why the images of the new generation Nissan Rogue, taken by Kyle Berger and published on Instagram by CocheSpias, famous for spy photo sharing, attracted the attention of car enthusiasts.

Despite the camouflage, the design can be studied
According to the post, a couple of Rogue prototypes were recently seen in Las Vegas. While the camouflage does not precisely examine, we can see a bit of Nissan’s grill design, which is hidden behind black trims. The most striking changes are seen from the design of modern headlights. LEDs are used for main lighting and fog lights. At first glance, the layout of the headlights looks like Nissan Juke and Livina. Looking at the Nissan Rogue or X-Trail, we can say that the new X-Trail design is not very different from previous generations.

A bold looking SUV
According to the current X-Trail, the glass part and the shoulder line of the vehicle do not seem to have changed much. In previous spy photos, the new generation X-Trail had leaked that it would have a larger digital dashboard. We also see the noticeable orange turn signals on the headlights. The design is generally hidden, but the photos look bold for the SUV.

Comments about the vehicle’s other technologies and engine features are not yet available. It is estimated that the X-Trail will appear in late 2020 and be available in early 2021.