Home Tech A New Game Mode Is Coming To Plague Inc. We Will Save... 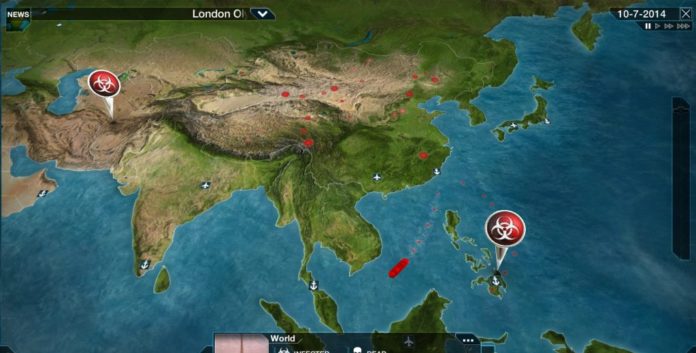 Plague Inc., which came to the agenda again with the outbreak of the coronavirus epidemic, is developing a game mode at the request of the World Health Organization and CEPI organizations. The new game mode developed will allow players to save the world from the epidemic.

With the onset of coronavirus epidemic, Plague Inc. The game was recently held by some individuals and institutions on the ball. Developed by Ndemic Creations and first published in 2012, the game started to be played again by the players with the outbreak of the outbreak.

Ndemic Creations, the developer of the game, of course does not carry the aim of the game in the real world. The developer studio recently donated $ 250,000 to help combat the coronavirus outbreak. This donation was shared between CEPI and the World Health Organization (WHO).

This time in Plague Inc. we will save the world:
In addition to all these developments, the donation we just mentioned also had an unknown face. The company’s donated CEPI and World Health Organization asked the studio to add a game mode, in which players try to stop an outbreak, that is, the opposite of the game.

Ndemic Creations also started to work on the new game mode by not rejecting the requests of the World Health Organization and CEPI organizations. In the new game mode, which will come to Plague Inc., players will try to manage the progression of an illness, regulate health services, and take real-world measures such as quarantine, social distance and closure of mass spaces.

James Vaughan, one of the developers of Plague Inc., had to remind that Plague Inc. was only a game when the game started to be criticized too much. Vaughan, “Plague Inc. of the World “I never thought it would look like a game or too many players would play Plague Inc. for a real epidemic.”

WhatsApp Launches Reactions To Messages In Beta; Check Out