It’s only been two days since the first information about the next generation of Samsung’s smart watch was revealed to the public. With the expectation revolving around its launch in August alongside the Galaxy Note 20 line, now more details about the model are revealed.

Documents revealed by the registration with the US FCC reveal that the rear region of the 45 mm Galaxy Watch, this being the new size standard for the larger model, replacing the 46 mm model.

The circular design remains, as expected, with a stainless steel body, Gorilla Glass DX screen, resistance of up to 5 ATM and MIL-STD-810G certification, which gives the model resistance. The information also confirms the presence of GPS and 4G connectivity. 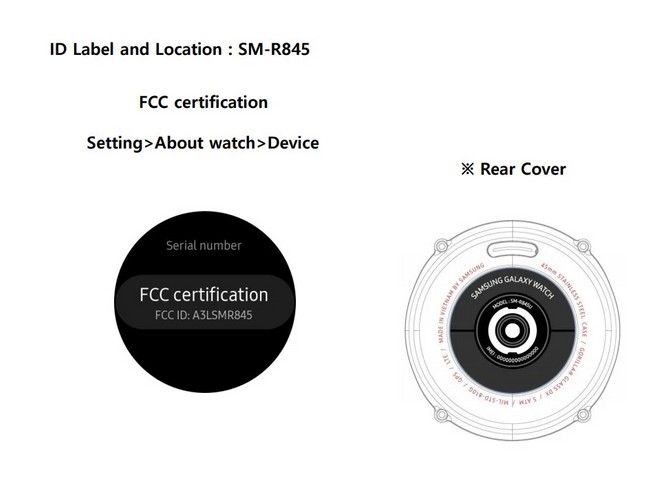 There are no details regarding the possible nomenclature of the device. Although it is almost certain that the accessory will be presented alongside the Galaxy Note 20, we do not know if Samsung will adopt the nomenclature of Galaxy Watch 2, being then a successor to the version launched in late 2018, or Watch Active 3, being the successor straight from the model announced next to the Galaxy Note 10. The latter seems more likely.

More details about the device are expected to emerge in the coming months, as the proximity to the planned date for Samsung’s second Unpacked event makes the brand’s devices practically impossible to keep away from leaks. So keep an eye out!

Samsung certifies new Galaxy Watch in China indicating imminent launch
While working with new features for the Galaxy Watch Active 2, Samsung has also been preparing to announce a new smart watch. That’s because the device was certified in China this weekend.

Counting with the numbers SM-R840 / 845 and SM-R850 / 855, the new watch has not had its design revealed, but everything indicates that it must follow the visual pattern of the line. One of the details confirmed by 3C – China Compulsory Certification – is the presence of 8 GB of internal storage.

In addition, the device will also be announced in two variants. The first will support WiFi-only connection, while the second adds e-SIM. However, it is not yet clear whether we are talking about 4G or 5G network.