Home Entertainment New From EA Originals Knockout City Is Free To Play For 10... 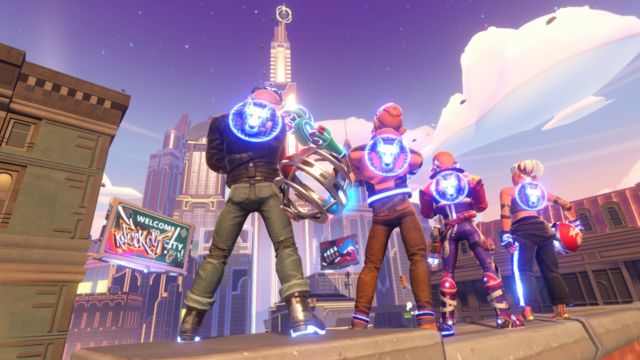 EA Originals: The next production under the EA Originals label is a team multiplayer video game that allows us to launch balls against the enemy. Velan Studios and Electronic Arts are about to launch Knockout City, a multiplayer title that will not work under the free-to-play model, but that will allow you to test your crazy proposal for several days. This was announced by the developer on the video game’s website, where she recalled that they had already mentioned it long ago. “What we do not tell you then is that we have been secretly planning a PARTY,” she added. In addition to the 10-day free trial, players will be able to participate in a special event.

The Block Party event will begin the same day that the game goes on sale, that is, on May 21. It will last until the 30th of that same month, just when the trial period ends. During this time, players will be able to meet up with their friends, complete contracts, and unlock gear. Velan Studios also confirms that it is the complete game, with all the content that will have on day 1. In Spain it will be possible to play from 2:00 p.m. Here is the table of hours:

Knockout City doesn’t have guns, but it does have balls. The teams face each other with balls, but it will be necessary to master the shots, the catches and the special shots, not to mention the threats, because the art of deceiving the opponent is always important. Pass the ball and surprise the enemy before slamming the ball into their smug face. Velan has designed the video game with vertical scenarios in mind, so we can move around the area taking big jumps.

The title, which will be available for PS4, PS5, Xbox One, Xbox Series X, Xbox Series S, PC and Nintendo Switch, will feature five locations, five game modes and more than 100 collectibles since its launch. Xbox Game Pass and EA Play will have it from day one in their services.