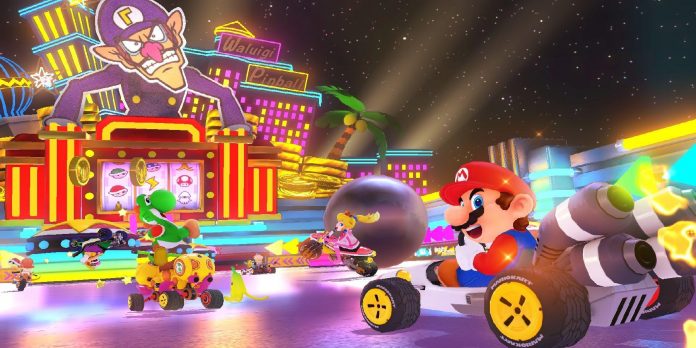 Originally released in 2014, it’s been eight years since Mario Kart 8 first became available to gamers. Since there hasn’t been a new Mario Kart game in almost a decade, there were rumors on the internet earlier this year that Nintendo might introduce Mario Kart 9 on Nintendo Direct. Although the company did not give fans a look at the new Mario Kart game, it provided them with new racing content in the form of Booster Packs.

Booster Packs is a DLC for Mario Kart 8 Deluxe that adds new and fan-favorite tracks to the newest game. Yesterday, Nintendo unveiled the latest series of new courses for Mario Kart 8 in Booster Pack Wave 2, as well as a new trailer showcasing tracks such as the new sweet fruit Sky-High Sundae. For fans who want to try out these new courses before buying them, or for those who don’t have access to the Switch to play Mario Kart 8 Deluxe, it looks like Nintendo has another way to access the new content.

Along with the introduction of the Booster Pack Wave 2, it was announced that Nintendo will add these new tracks to Mario Kart Tour, the mobile version of the race track, for free. These new courses will not be available on August 4, when the Booster Pack Wave 2 is released on Switch, and instead they can be played later. However, given that some of the new tracks for Mario Kart 8 are taken from the Mario Kart Tour, some mobile players already have access to part of the DLC.

However, it seems that this later date, intended for the release of Booster Pack Wave 2 for mobile devices, may not be too far away from August 4. According to the assumptions on the Internet, the Summertime Celebration event for Mario Kart Tour will begin on August 9. Given the theme of this event, some believe that a track like Sky-High Sundae may be suitable and be released for a mobile title. It would be logical if new levels appeared in Mario Kart Tour as soon as possible, given the popularity of the mobile game. Mario Kart Tour has become such a hit that fans hope that the features of this game will appear in Mario Kart 9.

It looks like the introduction of Booster Pack courses in Mario Kart Tour may not be the only big update to the game. Recently, there were rumors on the web that Mario Kart Tour could be released on PC. However, given Nintendo’s attitude towards PC releases, it’s best if fans take these rumors with a fair amount of skepticism.