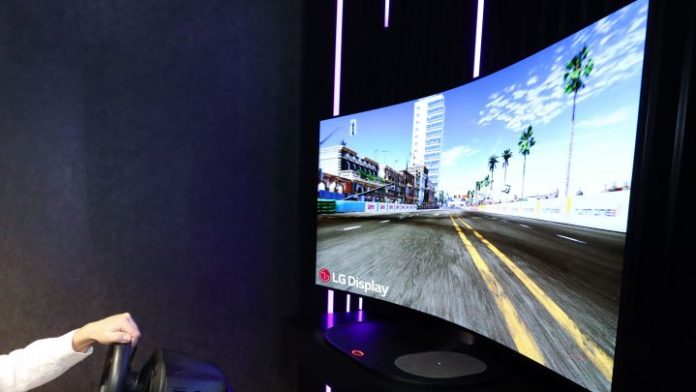 A few years ago, curved screen televisions became fashionable, and brands such as Samsung or LG began to manufacture models with these characteristics, immediately jumping the debate of whether a curved panel really helped the viewer to have a greater immersion in the content you are viewing.

In itself, if you are looking at a panel with a concave curvature instead of a flat one, you can have a greater immersion since the viewing angle allows you to view more content in its margins, so this type of screen began to be used in the cinema first they are still in use – IMAX cinemas for example. And in fact we also find monitors and TVs designed for ‘gaming’ (video games) and for productivity in work environments.

But his ‘fashion’ passed, and if you go to an electronics store today you will surely only see straight-screen TVs. Although, what if you could have both in one? A flat, straight screen that you can bend whenever you want and stretch again. Well, it exists, and the Korean LG will present it this month.

Taking advantage of the framework it provides, LG will present its new panel at CES 2021 in Las Vegas, the first big event on the calendar in terms of technology. The 48-inch foldable CSO display uses the advantages of OLED, as its ‘very thin as paper’ screen folds and unfolds with a radius of curvature of up to 1,000R, which means it can be made to bend to a radius of 1,000mm without affecting the function of the screen.

The curved screen offers a uniform viewing distance from the center of the screen to its edge, maximizing the visual immersion that is popular with gamers. In addition, the company’s CSO technology allows OLED displays to vibrate and emit their own sound “without the need for speakers”, offering a vivid sense of reality as if the characters on the screen were speaking directly to the viewer.

In OLED technology, each pixel emits its own light, offering an infinite contrast ratio. This enables a high level of vivid image quality, along with a response time of 0.1 milliseconds (ms), a refresh rate of 120 Hz per second, and a wide range of variable refresh rates from 40 Hz to 120 Hz. , which added to the low levels of blue light and the flexible option, make this panel ideal for video games.

LG Display will present its new panel at CES 2021, which is held from January 11 to 14, a date on which we hope to know more details such as its price, which is already clear that it will not be exactly cheap due to the cutting-edge technology that ride.