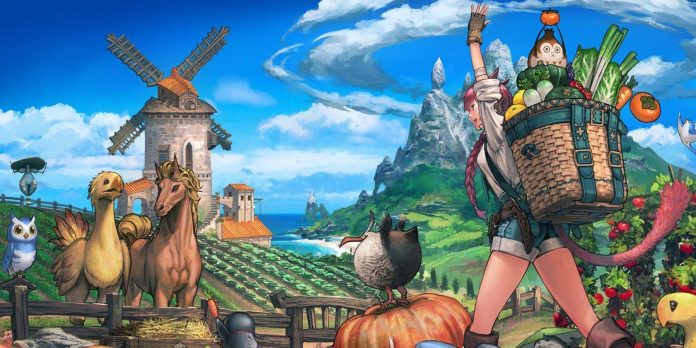 A new update for Final Fantasy XIV adds Animal Crossing-style islands to the popular MMORPG. Developer and publisher Square Enix originally announced the upcoming FFXIV Island Sanctuary feature as one of the new gameplay features that the current Endwalker expansion will introduce after its launch late last year. While details about the new feature have been scarce since its initial announcement, the company confirmed earlier this year that it would launch alongside the game’s 6.2 update.

The Endwalker expansion for Final Fantasy 14 is probably the biggest yet. Not only does it complete a comprehensive story that began 10 years ago, but it also introduces a ton of new features since its launch in December, including new quests, a new race, new zones, a new PvP mode, and more. . And with the release of more updates, players can expect more new content to be added to the game, including the aforementioned Island Sanctuary, as well as further improvements to the FFXIV NPC companion system for single players.

During a recent live broadcast, Square Enix revealed more details about the upcoming Island Sanctuary feature in Final Fantasy 14. According to FF14 director Naoki Yoshida, each player will get their own unique island in the style of Animal Crossing, where they will collect resources, grow and grow crops, collect and take care of various creatures, build various structures and much more. The island’s materials, currency, and inventory are separated from the rest of the game so as not to fill the players’ regular inventory. Players will be able to invite their friends and members of the free company to visit their islands. Although the exact release date of the “Island Sanctuary” feature has not been announced, it is now expected to be launched with the game update 6.25.

That’s it for today’s show! Thank you for your attention to the letter #FFXIV from the producer live!

If you missed the stream, then take a look at the archive 📺 https://t.co/Umj3s8n88O

The introduction of the “Island Sanctuary” feature not only gives players more opportunities to play, but also indirectly helps solve FF14’s ongoing housing problem by directly providing players with their own islands to develop and decorate. Although having your own island is not exactly the same as getting your own room or house, perhaps the Island Shelter feature will also allow players to build their own house on their island.

The Island Sanctuary feature in FF14 is definitely one of the most exciting future features of the Endwalker expansion, especially for more casual game players. Considering the overwhelming success of Animal Crossing: New Horizons, it’s obvious that players can decorate their own island hideaway with great potential. Many fans will probably be looking forward to the next Live Letter stream, where the release date of the feature and the actual gameplay are expected to be revealed.

Pokemon Scarlet and Violet Fan have developed their own evolution for...