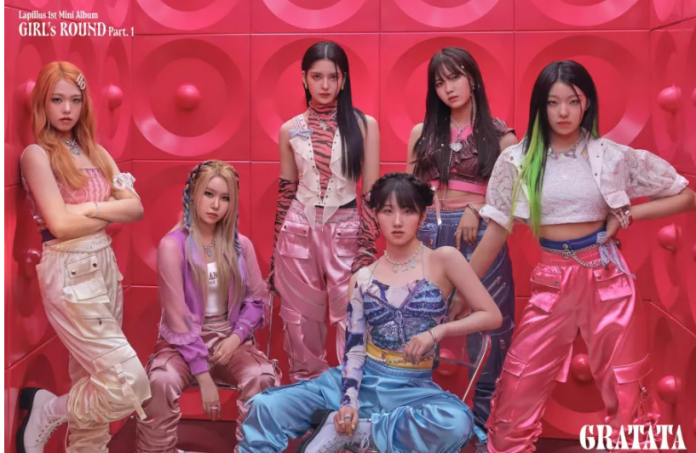 On October 21, Lapillus MLD Entertainment announced that the official name of the band’s fandom will be “Lapis”, which means “jewel and jewel meet to shine more beautifully”.

After the announcement, Lapillus members turned to their social networks to personally inform fans of their new name! Heyn wrote: “Hello, Lapis~ The name of our fandom!! Lapis Lazuli has become!! Wow, that’s amazing!! Our Lapis Lazuli, let’s have a good time!!”

Shana asked fans what they thought of the name before adding, “I think it’s cute and I really like it!! I love you, Lapis Lazuli.

In English, Chanti wrote to fans: “Wuzuup Lapis! Now you are officially Lapis Lazuli Lapillus! Do you like it? A gem meets another gem and shines brighter together! Love it~!”

Do you like it? Hmm ginusto nyo yan haha😆

Yue excitedly tweeted, “Our cute fans finally got names!!!!” She went on to explain the meaning of the word “Lapis lazuli” and continued: “Just as Lapis Lazuli and Lapilli meet together, we can shine brighter. Lapis lazuli, I love you~~~”

In the Sovon tweet , she wrote: “That’s it!! We have chosen the name Lapis for our fandom!! What do you think?” She then jokingly responded to fans’ suggestions by saying, “It’s not a pencil…” Sovon also added, “The meaning is really beautiful, so let’s shine brighter together in the future! Lapis lazuli, I love you.

Lapillus is a new female group of MLD Entertainment, which debuted in June this year with the song “HIT YA!”. In September, they returned for the first time with their first mini-album “GIRL’s ROUND Part”. 1″ and the title track “GRATATA”. The six-member female group includes Girls Planet 999 finalist Nonaka Shana, Filipino-Argentine actress Chanty (Chantal Saw), Heung, Sovon, Yue and Bessie.

What do you think about the new name of the Lapillus fandom?

Persona 5 Royal: How to defeat Okumura