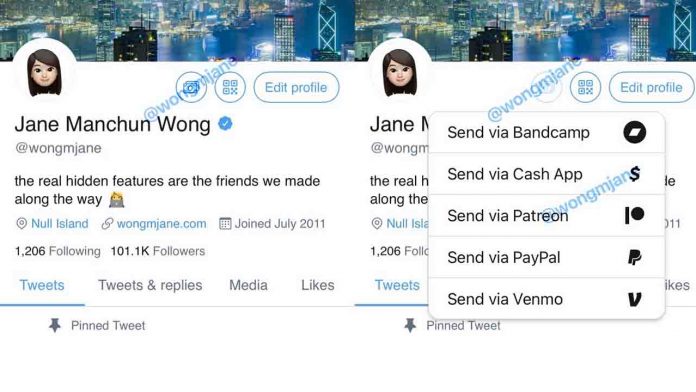 Twitter, one of the most popular social networks in the world, has never offered any way to make money for influencers or content producers who have posted countless posts and reached hundreds of thousands of followers. Recent developments reveal that this situation may change.

Jane Manchun Wong, who reveals the innovations that will come to the applications with the reverse engineering processes she applied to social network applications, has managed to discover an upcoming feature of Twitter. According to the discovery, Twitter will allow users to create a “tip box” in the near future. In this way, his followers will be able to tip to support the user.

The feature discovered by Wong reveals that a new button will come to their profile page on Twitter. Users who click on this button with a money symbol will be able to donate to the Twitter user they follow through different payment tools or platforms. Currently identified donation tools include Bandcamp, Cash App, Patreon, PayPal and Venmo. The company has also been trying to bring a tip box feature to Twitter’s Clubhouse-like feature Twitter Spaces with a paid subscription system called Superfollow for a while.

No official statement has been made regarding Twitter’s upcoming feature. Consequently, it is not known when this feature will be available and what conditions must be met for it to be used. However, the feature is almost ready, according to Jane Manchun Wong. So users may start using this feature in the near future.