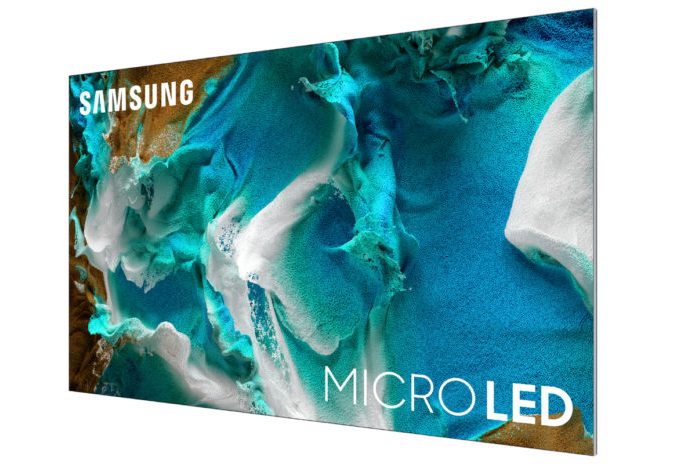 Prior to CES 2021, Samsung announced its Micro LED series as well as Nano QLED TV models with Quantum Mini LED technology. The company noted that Micro LED will come to homes in 2021. With the new Micro LED series, Samsung has made the Micro LED a traditional TV form factor for the first time, offering its users breathtaking experiences on an ultra-wide, next-generation display.

The new Micro LED series, which will be available in sizes 110 inches, 99 inches and smaller by the end of the year, uses LED lights in sizes measured by micrometers, eliminating backlight and color filters from conventional displays. The self-illuminating display uses 24 million individually controlled LED lights while providing stunningly realistic colors and brightness. Thanks to the Monolith Design with over 99 percent screen-to-body ratio, the only thing you will watch will be the breathtaking image quality.

Samsung has also developed Smart TV features so that you can benefit more from the giant screens of the Micro LED series. For example, consumers will now be able to use the 4Vue (Quad View) feature to watch four different contents simultaneously on a single screen. By connecting multiple external devices, it will now be possible for users to watch multi-game competitions at the same time or stream the video games they play and make them in amazing quality and size.

Finally, the dynamic sound experience of the new Micro LED is just as immersive as it is visual. Thanks to the Majestic Sound feature, 5.1 channel sound can be played without the need for an external speaker, turning your room into a glamorous movie theater.

How to update your AMD card drivers