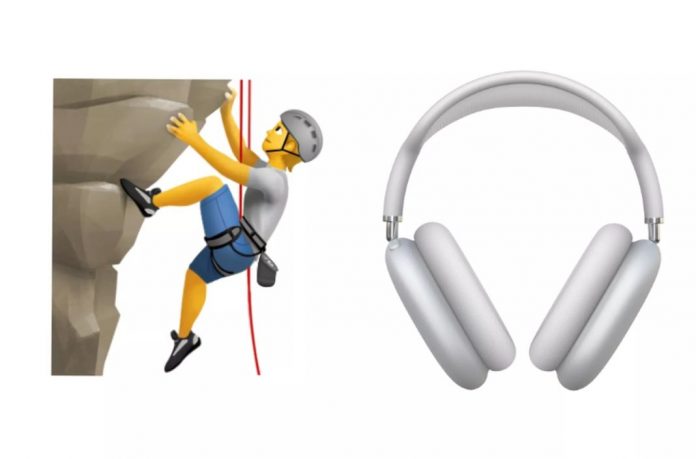 As part of iOS 14.5, Apple is adding some icons from the Unicode Consortium’s Emoji version 13.1. These include new skin color options added for some popular emoticon icons, and several new smiley and heart icons. In addition, the company has made some changes to some existing emoji icons.

It is necessary to draw attention to changes in skin tone and gender display. Within icon groups such as “Kissing Couples” or “Couples with Hearts” there are more skin color variants for each option.

In addition to more skin colors, the bearded emoji icon has also been updated to allow the neutral icon like “Human: Beard” as well as variations like “Male: Beard” and “Woman: Beard”.

On the other hand, Apple’s updates include new smiley faces with the latest emoji sets from the Unicode Consortium. There are new varieties such as “Breathing Face”, “Spiral-Eyed Face” and “Face among the Clouds”. There are also two new varieties within the hearts: “The Burning Heart” and “The Heart with Treatment”.

All these emoji icons were approved by the Unicode Consortium last September. In other words, companies had the opportunity to start using them in their products and services since then. However, it is up to companies to determine how emojis will appear on their devices and services, and it takes some time to pass. If you pay attention, you will see that a smiling face looks different on iPhone and different on Twitter.

Apple has also tweaked some of the existing emoji icons. For example, a helmet has been added to the rock scratching emoji. The syringe emoji icon has been updated with an icon that everyone will find better instead of the blood-filled icon. By the way, the on-ear headset icon is now more like AirPods Max.

The change to the syringe emoji icon could benefit those who write or post about COVID-19. This new icon will be more useful than a syringe filled with blood, especially in vaccine-related posts.

Apple is following a familiar pattern by changing the headphone emoji to resemble the AirPods Max: The company regularly adds its products as a free product placement on the emoji set. For example, Apple’s cell phone emoji looks a lot like an iPhone.

Apple states that all these emojis are available in the new version of iOS 14.5 beta. By the way, it is said that there is a small change in the Apple Music application in the beta version. According to users who have opted for a beta version on Reddit, you can now add and remove music from your queue with the same swipe gesture used in Apple’s Mail app to archive, delete, or mark emails.

In the final release of iOS 14.5, it looks like there will be support for new Xbox and PlayStation controllers, setting the default music streaming service in Siri to Spotify, and unlocking the phone with the Apple Watch.

Netflix wants to make a movie about Wall Street and GameStop