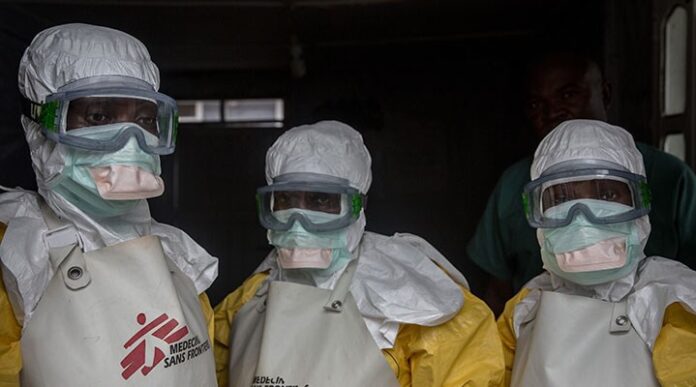 In the Democratic Republic of the Congo (KDC), where new cases were seen close to the announcement of the end of the Ebola outbreak that started in August 2018, 4 people died due to Ebola.

Health Minister Eteni Longondo said there are new patients suffering from the Ebola epidemic in the northwest of the country, and noted that four people died due to the epidemic.

Dr Moise Kakule Kanyere, Minister of Health of the North Kivu Region, had initiated a 42-day countdown preparations two weeks ago to declare that the Ebola outbreak ended, after the last patient in the country was discharged from the Ebola Treatment Center in Beni province.

Meanwhile, a person who had been treated in the hospital for the epidemic a while ago escaped the treatment he had received at the end of April.

In the country, which is preparing to announce the end of the Ebola outbreak, new cases started to appear in April.

THOUSANDS OF PEOPLE LOSE LIVES DUE TO THE OUTBREAK

In the Ebola epidemic that started in the east of KDC in August 2018, 3 thousand 314 cases have been seen so far, 2 thousand 25 people lost their lives.

The Ebola virus, which caused some kind of bleeding fever, first appeared in 1976 with simultaneous outbreaks in the cities of Nzara in Sudan and Yambuku in KDC. The disease was named after this river since the outbreak in the KDC started in a village near the Ebola River.

The Ebola virus spread in West Africa in December 2013. In the outbreak of Guinea, Liberia and Sierra Leone in 2014-2017, 30 thousand people were infected with more than 11 thousand of the patients.

Ebola virus is a virus that causes serious forms of disease in the form of viral hemorrhagic fever in humans and unmanned primates. The 4th Risk Group is accepted as a Pathogen by the World Health Organization.