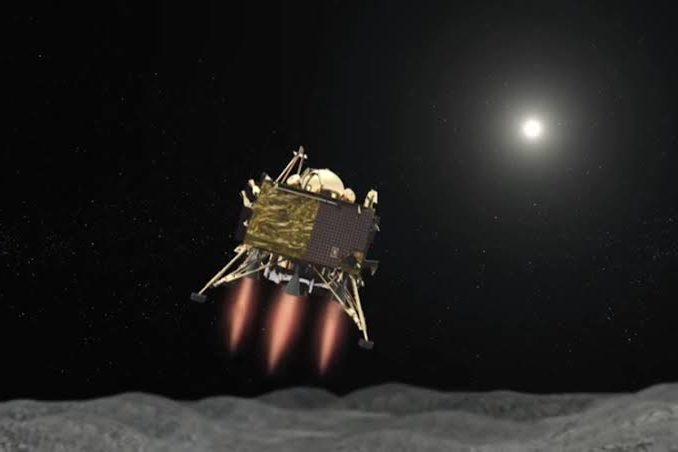 After the Chandrayaan-2 vehicle, which was launched on July 22, was lost due to an unfortunate accident, India’s dream of being the fourth country landing on the Moon surface was postponed. There was not enough explanation about the incident. A few more details have recently been given by the Indian government.

India had the goal of being the fourth country landing on the Moon surface. The country had previously searched for water on the Chandrayaan-1 vehicle in 2008 before it landed on the moon.

Everything was going well with the Chandrayaan-2 vehicle, which entered orbit on August 20. If the spacecraft had successfully landed on the Moon’s surface, it would have discovered the southern pole of the Moon, which has not yet been explored, and searched for water and minerals there.

During the landing, the reconnaissance vehicle was disconnected:
The car, which entered the orbit of the Moon on August 20, was planned to land on the surface by completing its 384,000-kilometer journey. The landing vehicle was lost shortly after it was released by the satellite.

The Indian Space Research Agency (ISRO) did not address the expected details of the unfortunate incident. So nobody knew exactly what had happened. ISRO’s only information was that there was a lack of communication with the landing vehicle and the data was being analyzed.

New explanations came to the inside of the incident:
The Indian government reported details of the recent incident. The reason for the loss of the vehicle was quite clear and simple. The brakes of the vehicle malfunctioned and the vehicle crashed. “In the second stage of landing, speed was more than it should have been. When conditions were outside the designed parameter, Vikram made a hard landing 500 meters from the designated landing area,” Indian Space Minister Jitendra Singh said. used the phrase.

No further details were given on the cause of the incident and the cause of the failure. In addition, ISRO’s Chandrayaan-2 satellites gathered information seamlessly within the Moon orbit. The agency also informed that the eight advanced observation tools on the satellite are working exactly as they should. The statement made by Singh confirmed that the spacecraft crashed.

Google will pay $ 3.8 million for discrimination