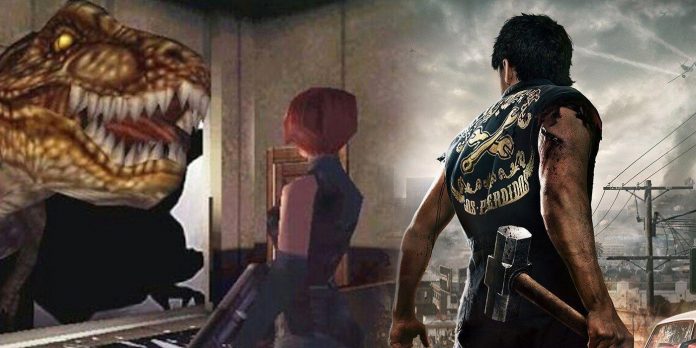 A new Capcom poll has forced fans to assume that the once-popular horror roles of Dino Crisis and Dead Rising may return. Both beloved franchises have been inactive for many years: Dead Rising 5 was canceled in 2018, and Dino Crisis has not appeared since the original Xbox, despite the fact that many fans hoped for a remake in the style of Resident Evil 2.

Both franchises Dino Crisis and Dead Rising have been criticized for going astray in their later installments and turning into more action-packed games rather than survival horrors. In 2016’s Dead Rising 4, timers in each mission that gave a sense of urgency were eliminated to provide more sandbox experience, which was criticized for lacking real tension. Meanwhile, in Dino Crisis 3, exclusive to Xbox 2003, the franchise moved to the distant future of 2548 on a spaceship and left the fan-favorite leading role of Regina in exchange for a new protagonist. Despite this, many fans hoped that Capcom would return to Dino Crisis and Dead Rising again.

It seems quite possible that Capcom will be able to revive Dino Crisis and Dead Rising with new hopes for remakes, remasters or sequels thanks to a recent survey (via TheGamer). The survey featured both games, and fans were asked to “pick any Capcom series you like,” suggesting the company could collect data for its future games. The survey also included games such as Resident Evil and Street Fighter, recently announced remakes and sequels, and so fans began to wonder if the inclusion of Dino Crisis and Dead Rising could gauge fan interest in the games for a potential revival. .

Fans of Dino Crisis have been campaigning for remastering or remaking the original 1999 game for many years. This fan demand only increased after the release of the well-known remake of Resident Evil 2, and although players can transfer Regina from Dino Crisis to RE2 with mods, there are still many people hoping for an official game. The remake used Capcom’s RE Engine to create an exciting modern survival horror, abandoning the fixed cameras of the original in favor of a third-person perspective more in line with modern games. Because of these updates, many fans began to imagine what a horror dinosaur might look like if it were treated the same way, which led to the appearance of various fan trailers using frames from modern engines such as Unreal Engine 5, and even to a full unofficial fan remake called Dino Crisis: Revival being developed Team Arklay’s.

If Capcom uses its survey to gauge fan interest, the assumptions that resulted from it probably gave the company an answer. It is currently unknown whether Capcom is considering remakes, remasters or sequels of Dino Crisis and Dead Rising, but the response to the survey results showed that both horror franchises still have an impatient audience if they return.