Home Tech There are new developments for 2021 Audi A3 Sedan 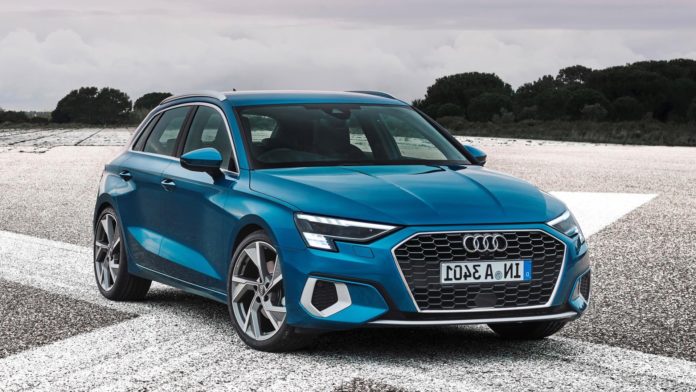 After the Audi A3 Sportback launched earlier this month, the Audi sedan rolled up its sleeves to launch the 2021 Audi A3. According to Car and Driver’s report, when the new A3 Sportback is observed, it gives an idea of ​​what the next sedan will look like. The sedan, where the rear doors are similar to the Sportback, will be presented in a more sporty design than its predecessor, with a sharper and angular attitude. The interior of the car, which will be characterized by horizontal lines, will feature large displays for the instrument cluster and the infotainment system.

Two different engine options
Audi will produce a smaller gasoline engine and a TDI turbo diesel in Europe, while the U.S. will produce a 2.0-liter turbocharged engine with a 48-volt hybrid system with an approximately 240 horsepower as an entry-level engine. The sedan will be a high-performance version of the 2.0-liter turbo-quad in the S3.

It is also stated that a successor of the ultra high performance RS3 will come. This model is said to be a 400 horsepower model with a turbocharged 2.5-liter volume. As Mercedes-AMG chooses to keep the “S” version of the CLA45 away from the US market, this model will probably be top-notch in its segment.

Oculus: VR Tag Starts To Be Replaced By ‘Meta Quest’