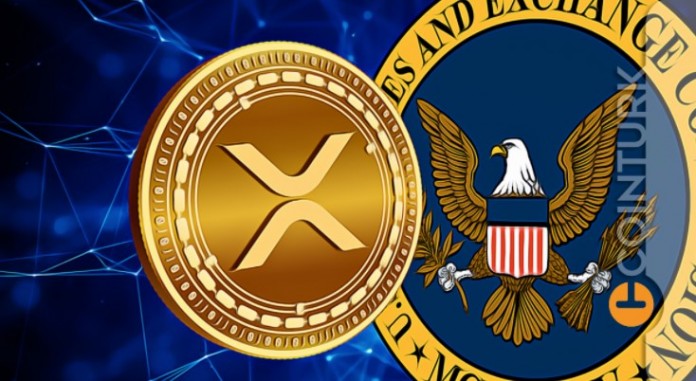 The adventure that started at the end of last year is not over yet. The SEC lawsuit will continue next year. There were two important events that resurrected the need for regulation of crypto money markets. The first is Tether’s inconsistent statements about its reserves, and the second is Ripple Labs, which has funded its company through token sales, so what’s the latest in the Ripple case?

XRP investors want the lawsuit that has been going on for months to come to an end and this situation, which suppresses the price, to disappear. John Deaton, one of the litigation attorneys, made an important statement today. The remarks pertained to a 2018 speech by William Hinman, former Director of the Corporate Finance Division, in which he discussed whether Bitcoin and Ethereum are securities.

Deaton referred to the clause under the Federal Regulations Act [CFR], which covers “the use of public office for private gain,” and said:

“I think Bill Hinman could have made some legal advice before signing the Sworn Statement by @SECGov. If his speech ONLY reflects his personal opinion and is not directed by the SEC, he violates article 5”.

The aforementioned portion of the Code of Federal Regulations makes clear that government agency employees cannot abuse their position to enjoy benefits in their personal lives. Apart from the section quoted by Deaton, another condition states, “Unless otherwise stated in this section, an employee endorses the enforcement or personal activities of his Office or Government, or the activities of another.”

What Does the Lawyer Want to Tell?

Now Ripple Attorney Deaton questions whether Hinman has the right to have a speech about Ethereum being out of control.

Ripple lawyers believe that the SEC is applying a double standard for XRP. While statements made in the past have protected Bitcoin and Ethereum, assets such as XRP are today suppressed for violating the law. There are many states and companies that Ripple serves in the world, yes the company has sold XRP to come today. And yes, under US law this is an unauthorized sale of securities, but Ripple’s lawyers have a duty to persuade the court to the contrary.

2 Analysts Explained: How High Can Bitcoin, SHIB And DOGE Rise?