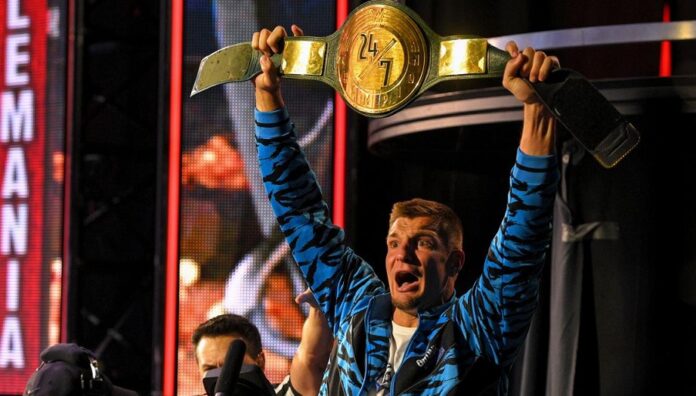 As previously announced this morning, Rob Gronkowski left WWE yesterday using the termination clause of his contract with the company. Gronkowski, who will return to play in the NFL as part of the Tampa Bay Buccaneers, lost the Championship 24/7 to R-Truth on Monday Night Raw to end his brief stint in WWE.

After Wrestling Inc. confirmed Gronkowski’s departure from the company, Fightful has offered an update on this in its Select section. According to sources Fightful has had contact with within WWE, the majority of Raw superstars were unaware of Gronkowski’s situation, and he was still viewed internally as “a SmackDown boy.”

On the other hand, according to Fightful, Gronkoski did not like his peers, and even certain superstars with a reputation for being pleasant backstage and people who are easy to work with had negative things to say about him. The discomfort in backstage was generated at WrestleMania 36, ​​when the footballer had to launch himself from the balcony of the Performance Center towards a group of superstars who were fighting under him. However, Gronkowski crashed when it came to jumping, delaying the recording of the event for more than two hours before finally being able to perform the segment. A high-caliber WWE superstar called the former champion 24/7 “a fucking clown without whom we are much better”

30% of people with COVID-19 experience symptoms