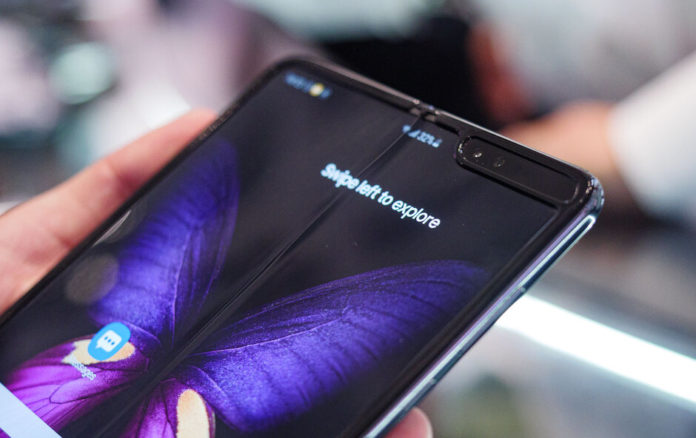 Introducing the new foldable smartphone Galaxy Z Flip with the Galaxy S20 series earlier this year, Samsung is getting ready to continue with the Galaxy Fold 2, which it plans to showcase its foldable screen phone in August. The details about the highly anticipated device slowly began to become clear.

Being the first brand to step into the world of foldable screen smartphones among global manufacturers, Samsung once again reminded that it is assertive in this segment with its new model Galaxy Z Flip, which it introduced in February. Unlike the Galaxy Fold, which was introduced in February 2019, the vertically folded Galaxy Z Flip offered a much more impressive and useful look.

South Korean brand, who wants to be one of the genders of this segment, plans to unveil the next generation Galaxy Fold next August. Ross Young, CEO of Display Supply Chain Consultants (DSCC), shared the details he learned about the phone’s camera features, price, and release date from his Twitter account.

Samsung Galaxy Fold 2 will have triple camera setup as 64MP + 16MP + 12MP
Young says the Galaxy Fold 2 will have a combination of dual optical image stabilization (OIS) and a triple camera in the form of 64MP + 16MP + 12MP. Since previous rumors point out that these cameras will be the same as the rear camera array of the Galaxy S20 Plus, we can assume that the camera triple in the new Galaxy Fold will consist of wide-angle, ultra-wide-angle, and 3x optical zoom lens respectively.

According to Young, the price of Galaxy Fold 2 will be more affordable than its predecessor. Previous reports were that the next-generation Galaxy Fold will cost between $ 1780 and $ 1980. Young makes a more specific estimate with the $ 1880 – $ 1895 price tag.

The Galaxy Fold 2 is said to cost between $ 1880 and $ 1895.
Stating that Samsung has made significant upgrades on Galaxy Fold 2, Young plans to keep the price relatively low in order to increase the number of sales and offer a much more competitive device, claiming that the device will be at least $ 100 cheaper than its predecessor.

Commenting on the release date of Galaxy Fold 2, Young states that, as we heard in previous rumors, the device will be launched in the second half of August and shipments will start in September. Young also says there will be no coronavirus-induced delay in mass production of the foldable screen phone.

We expect the next generation Galaxy Fold to come with an S Pen that can be used on both internal and external displays. Apart from that, the device, which is predicted to have a 120Hz refresh rate screen like the Galaxy S20 series, will likely support 5G technology as well. This is all we know about Galaxy Fold 2 for now, but if we learn more, we will continue to share it with you.

Call of Duty: Modern Warfare, the reaction of some Xbox One...

Chris Evans confirms that he will not return to the role...