Home Entertainment New Details about Why Kim Kardashian and Pete Davidson Broke Up Despite... 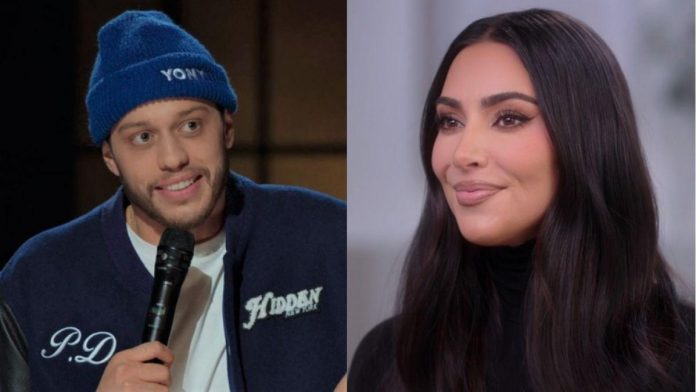 No matter how unlikely Kim Kardashian and Pete Davidson seemed to be a couple at the beginning of their relationship, fans quickly realized this. The attraction between them seemed absolutely magnetic, so when it was announced that Kim and Pete had broken up after nine months, we wondered what could have happened? The source gave some new insight into the split, and as many might have assumed, it apparently had nothing to do with the lack of personal chemistry.

Although it seemed that Kim Kardashian’s recent trip to Australia would be full of sexual pastime with her boyfriend — given the racy comment that Kardashian made to her team before going to Down Under — it turns out that the couple had really serious conversations about their future. . According to a source from Hollywood Life:

When she was in Australia, they had a great time, but they also had some very deep conversations that led them to eventually decide to break up. There was a lot against them. There is still a huge attraction and a strong bond between them, so it’s not that it ended badly, but at this point it seems obvious to Kim that it’s over.

The stand-up comedian turned actor is in Australia filming the movie “Wizards!” and his schedule is getting busier: Pete Davidson has taken on several projects after leaving Saturday Night Live. The couple had already been on two coasts, with Kim Kardashian in California and the Bodies Bodies Bodies actor in New York, so the extra distance and lack of long breaks ended up being too much. The source said:

Pete was so far away in Australia that it was very stressful, the distance was not easy to overcome. Pete wanted Kim to stay with him in Australia for a long time, but she’s just not in a place in her life where she could do that. And the fact is that Pete is getting busier and busier, so this problem won’t go away. They had to face some harsh truths, one of which was that they were in different places in their lives.

Despite the fact that distance has proved to be an obstacle — despite Kim Kardashian and Pete Davidson’s efforts to make it work — they are simply in different places in their lives. In addition to the 13-year age difference, because of which, according to the source, they sometimes “did not get along” with each other, the Kardashians already have four children. The reality TV star allegedly may not have been ready to return to the days of diapers right now. The source continued:

With Pete, Kim doesn’t want the same thing right now as he does. She has children, and although she would be willing to have more, it’s not her priority. She likes to be a mother to her children, but they are all at an age when she does not need to babysit them.

Despite reports that Pete Davidson sought traumatic therapy after the attacks committed by Kim Kardashian’s ex-husband, Kanye West was reportedly not the reason that the couple did not have a relationship. Kardashian even defended Davidson from the rapper when Yee took to Instagram to roast the former SNL actor.

I really had hope for these two, but apparently it wasn’t in the cards. Fans will likely still see the happy days of Pete Davidson and Kim Kardashian when The Kardashians return to Hulu subscribers for season 2 on Thursday, September 22. In the meantime, Season 1 is available for streaming, and be sure to watch our 2022 series. Schedule to see which other premieres are coming up.

Cyberpunk 2077: All Four Complaints Against CDPR Come Together in One...