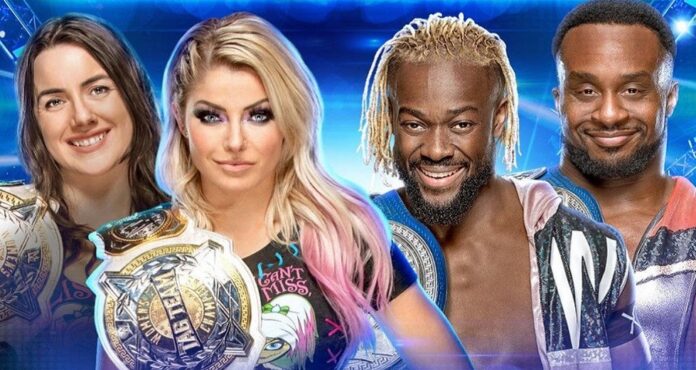 Big E and Kofi Kingston will join Alexa Bliss and Nikki Cross tonight for what has been billed as a “summit of tag team champions.”

News for tonight’s SmackDown episode. WWE has announced, through a press release, a special edition of the segment “A Moment of Bliss” that will have the presence as guests of the SmackDown tag team champions, The New Day, which has been announced as a “summit of champions in pairs ”.

Alexa Bliss and Nikki Cross managed to win the championships from The Kabuki Warriors at Wrestlemania 36; while The New Day retained the titles against Lucha House Party, Forgotten Sons, and The Miz & John Morrison in a Fatal 4-Way at Money in the Bank, earlier this month.

Likewise, a new fight has been added to tonight’s show: Sonya Deville will face Lacey Evans. Both superstars had a confrontation on Twitter this week, which will arrive in the ring tonight.

In addition, it should be remembered that the WWE Intercontinental Title tournament will continue in tonight’s episode with the celebration of the two semifinals: Daniel Bryan will face Jeff Hardy, while AJ Styles will face each other against Elias.