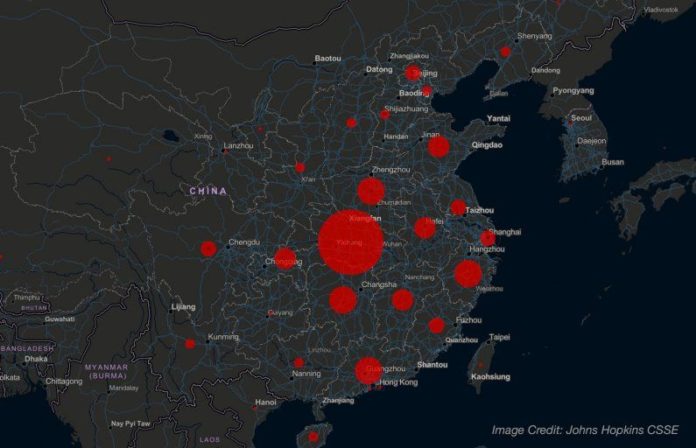 A report has been published to enable us to better understand the disease and the virus, while the Corona virus has not been stopped. X-rays of the virus and its effects were taken in two reports published in JAMA.

It turned out that one patient in Wuhan infected at least 10 healthcare workers and 4 others in the hospital he went to. Even this example alone shows how 138 patients in Wuhan contribute to the spread and development of the virus.

One of the most detailed research on this subject was published in JAMA. According to the research, the age range of patients admitted to Wuhan University Zhongnan Hospital between January 1 and January 28 covers between 22 and 92, and the average age of these patients is 56. Corona virus and 41% of these patients are transmitted in the hospital.

Spread of the disease
The patient, who infected the virus with many healthcare workers, is first taken to the operating room because of symptoms related to her abdomen. In those days when the Corona virus is not suspected yet, four other patients in that room are also infected.

The authors of the study say that the data available show that the virus spread rapidly from person to person occurred during these cases. The symptoms of the patient taken to the operating room mislead the doctors. Therefore, measures to be taken to prevent the spread of the disease cannot be taken. In addition, about 10% of patients show unusual symptoms at first.

Another source of concern about the disease is that the effects of the virus are not very severe at first. According to the experts’ statements, the transition time from the first symptoms to breath congestion is on average 5 five days, hospitalization time is 7 days, and severe breathing problems correspond to 8 days. Doctors say that they should be very careful in observing the disease.

According to reports, elderly people with Corona virus who have diabetes, heart disease or cancer experience the disease much more severely than young and healthy patients. 26% of 138 patients analyzed in detail have an average age of 66 and intensive care needs. The average age of patients who do not need intensive care is 51.

How does it affect the body?
Vanderbilt University Infectious Disease Specialist Dr. According to the data of patients, William Schaffner said in an interview that the disease caused pneumonia and systemic viral infections that trigger strong inflammatory reactions in the body.

Dr. “There are biochemical indicators that show that the organ systems of the body are affected, and there are inflammatory responses that disrupt certain functions,” Schaffner said. Dr. Schaffner; He stated that the systems that control the clotting of the lungs, heart, liver, kidneys and blood are affected, but it is not yet clear whether the virus affects the organs other than the lungs.

According to the second report in JAMA, 13 patients were treated at the hospital in Beijing between 16 January and 29 January. The average age of this group, which is younger than those in Wuhan, was 34. There was only one person over the age of 50, and a 2-year-old child. This group in Beijing did not suffer as seriously as disease in Wuhan, and none of them died.